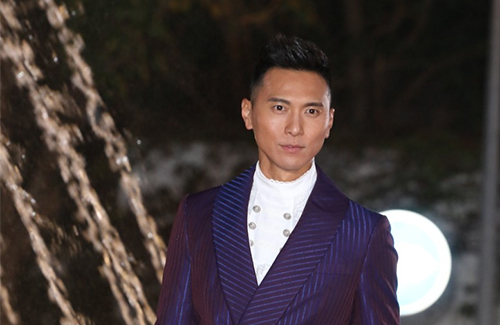 Best Supporting Actor nominee Hugo Wong (黃子恆) may have gone home empty-handed on the night of the 2018 TVB Anniversary Awards, but his scandal remains clear as day.

Earlier this month, a woman known by the name Michelle—who was a fan of Hugo—accused the OMG, Your Honour <是咁的，法官閣下> star for disappearing after she told him that she was pregnant with his child. Yesterday, Michelle told Hong Kong media that she plans on getting an abortion, and is adamant on ending Hugo’s career.

At the red carpet event for the TVB Anniversary Awards held on Sunday night, Hugo was hounded with questions about Michelle, but the TVB actor turned them all down. “I was filming ASU <機場特警> all day, from six to four. (She thinks TVB isn’t punishing you.) I will no longer respond to those questions. (Do you think you’ve gotten more mature and have reflected on improving yourself since the scandal?) I am now focused on working. We still have a week left of filming, and we’re at a very critical stage. I want to enjoy the rest of this week. It’s going to be tough.”

Reporters pressed more questions about Michelle, but Hugo responded with ‘no comment’ to every question. “I don’t want to talk about it,” he said. Asking if TVB had asked Hugo about the incident [today], he said, “No. I am here for the party and to congratulate the winners.”

Hugo did admit, however, that he does not have more work scheduled. He shared, “I currently only have [ASU]. I don’t know what’s next.”