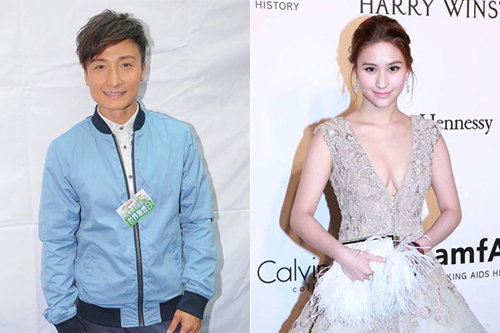 When Alex Fong (方力申) and Stephy Tang (鄧麗欣) announced their breakup earlier this year, both parties seemed hesitant to let each other go. But Stephy stood firmly on the decision. Despite rumors of Alex moving closer to her home and spending more time at her residential area’s gym, hoping to catch a glimpse of her, Stephy hasn’t gone soft-hearted one bit.

It’s been said that Stephy went to great lengths to avoid bumping into Alex. Dating for ten years, Alex and Stephy share many mutual friends and belong in the same management agency. Reportedly, Stephy considered leaving her management, Sun Entertainment Culture, after her contract was over, but decided to stay after her agency managed to cast her in several high-profile films, such as Chapman To’s (杜汶澤) Karate <空手道>.

Stephy, now with several films under her belt, is putting her career before anything else.

With all hopes of a reconciliation lost, Alex has finally admitted defeat, realizing that it is time for him to move on as well.

According to a gossip report, Alex has recently set his eyes on heiress Laurinda Ho (何超蓮), daughter of business magnate Stanley Ho (何鴻燊) and his third wife Ina Chan (陳婉珍). Introduced through mutual friends, Alex and Laurinda reportedly got very close after their first meeting. Alex even took the time to attend her social gatherings, so he could familiarize himself with Laurinda’s friend circle.

An insider who attended one of their friend gatherings said, “Alex stayed close to Laurinda the entire night. They were very chatty, and very much in their own world.” The source added that Alex took care of her like a girlfriend—from serving her drinks to waiting for her outside the restroom.