Is Cecilia Cheung Living With Her Boyfriend? 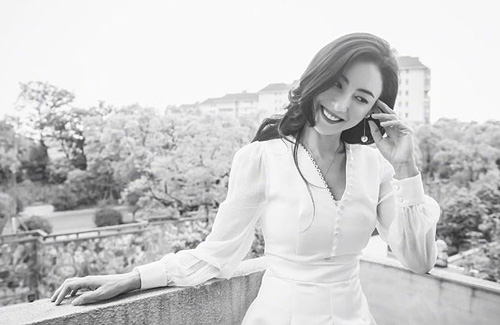 After divorcing Nicholas Tse (謝霆鋒) in 2012, Cecilia Cheung (張栢芝) focused on raising their two sons, Lucas (謝振軒) and Quintus (謝振南). Last year, Cecilia surprised the public when she gave birth to her third son, Marcus, in which she never revealed the father’s identity. There were speculations that Cecilia had broken up with the man since his name was not included on Marcus’ birth certificate, but a recent video suggests that they may be back together.

In October, Cecilia shared a photo of Marcus on social media for the first time. The photo was taken when Marcus was still a newborn in the hospital, and other pictures of the baby that emerged have been too blurry to reveal his current features clearly.

Reluctant to talk about Marcus directly to the press in the past, Cecilia has been slowly openly up after he turned one recently. In a recent video shared on social media, a baby’s voice was heard clearly in the background calling, “Daddy”. It was speculated that Marcus was talking to his dad, and that Cecilia has moved in with her secretive boyfriend.

As well, Cecilia also posted a short video, in which she said, “You need to make me happy and your heart should only have me!” In the video, there were captions that said, “You can only spoil me, is that okay?” Fans speculated that she is asking her boyfriend, whereas others found similarities of these lines to her old movie The Lion Roars <河东狮吼>.