Zanilia Zhao Liying (赵丽颖) may be reigning strong China’s queen of ratings, but new sources are saying that the 32-year-old has already set her eyes on new ventures, specifically the international film industry.

After welcoming a son in March 2019 with actor William Feng Shaofeng (冯绍峰), Zanilia announced her first comeback to be the TV drama Legend of Fei <有翡>, co-starring The Untamed <陈情令> star Wang Yibo (王一博). The fantasy series had been shooting in Hengdian since late 2019, but production was temporarily halted last month due to the COVID-19 outbreak.

Now that the Chinese film and TV industry is slowly coming back online, rumors about Zanilia’s future are also coming back. According to a source, Zanilia has recently signed with Li Bingbing’s (李冰冰) Hesong Entertainment with the intention of pursuing the international film industry in the future.

Zanilia is one of China’s highest-paid television actresses, and it is said that she received 50 million yuan to star in Legend of Fei. According to rumors, Zanilia had requested the production team to rewrite the script of Legend of Fei so it would be closer to the original novel.

After completing obligations for Legend of Fei, Zanilia will reportedly begin work on the TV adaptation of The Story of Qiu Ju <秋菊打官司>, renamed Happy Wan Family <幸福到万家>, to be directed by Empresses in the Palace <后宫甄嬛传> creator Zheng Xiaolong (郑晓龙).

Adapted from a novella written by Chen Yuanbin (陈源斌), 1992’s The Story of Qiu Ju was directed by Zhang Yimou (张艺谋) and was Gong Li’s (巩俐) start to international fame as a leading actress. 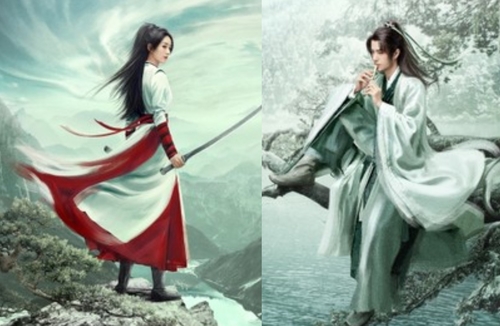