Mainland Chinese actress Zhao Liying (also known as Zanilia Zhao 趙麗穎) is back in full swing after giving birth last March with her participation in various upcoming dramas, including The Story of Xing Fu <幸福到萬家>. Viewers are greatly anticipating seeing a different and more mature side of Liying in the contemporary series, as fans received a sneak peek of her role as a cleaner when the official trailer dropped recently. The drama, which is expected to air next year, also stars Luo Jin (罗晋), Liu Wei (刘威), Tang Zeng (唐曾), Zhang Keying (张可盈), and Zheng Cao (曹征). 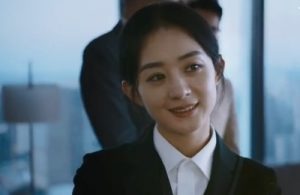 The Story of Xing Fu is adapted from a novel and directed by Zheng Xiaolong (鄭曉龍) and Yao Yuan (姚遠). The story follows Xing Fu, a rural woman whose name means happiness. Despite coming from an underprivileged background, she is determined to work her way up from being a cleaner to a professional lawyer. Strong and independent, Xing Fu charges forward and confronts challenges in life head-on.

Playing Xing Fu, Liying shows to have immersed in her role with her familiar resolute expression seen in Princess Agents <特工皇妃楚乔传>. From the start of the trailer, she demonstrates Xing Fu’s qualities of strong will and tough mindset as she prepares to clean while holding a mop and bucket. When a client asks her if there is no one in the law firm for the day, Xing Fu could not help but retort with a smile, “Cleaners are human too!” 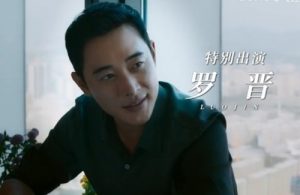 Even with simple makeup and plain attire, fans find it hard to ignore Liying’s glow and are expressing their high expectations after seeing her transformative character process. They believe her superb acting skills cultivated over the years should not disappoint and are excited to see her pair up with Luo Jin.

“The Story of Xing Fu” Trailer: