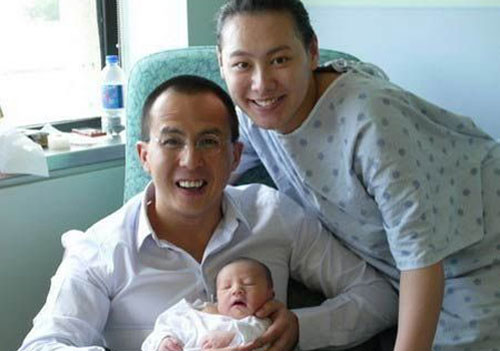 On February 26th, 22-year-old Isabella Leong Lok Chi issued a public statement announcing her break up with billionaire Li Ka Shing’s son, Richard Li. Although Isabella and Richard never got married, the couple have three sons together. Isabella gave birth to their eldest son in 2009 and a pair of twin boys in 2010.

The following statement was issued by Isabella Leong to the press:

Dear friends in the media: The New Year begins and I wish you every success in the future. Entering 2011, I also reached a new phase in life. Mr. Richard Li and I broke up.

We once had a wonderful time together. We will work together to raise our children. Our common goal is for the children to grow up healthy and happy.

We decided to declare the end of our relationship to the outside world and end any unnecessary conjectures.

Jayne: An earlier tabloid published photos of Isabella Leong drinking at a bar and spending 2 to 3 hours looking depressed. The tabloid speculated that Isabella and Richard Li’s relationship was over.

I thought the tabloid was making unnecessary speculations. Although Isabella and Richard did not get married, I thought their relationship would last longer. They did have 3 sons together in the last two years. Since the couple decided to have children together, I thought they at least envisioned a longer future together.

Since Isabella announced her split from Richard, their relationship is truly over.