Jason Chan is Ready to Become a Father 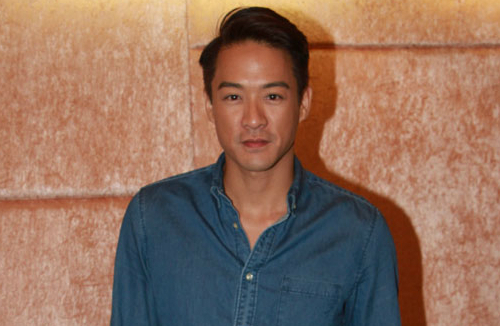 TVB artiste Jason Chan (陳智燊) attended the wrap-up dinner for new series Dad Has Something to Say <爸B有話兒> in Tsim Sha Tsui today. Portraying the father to two kids in the series, the 37-year-old actor expressed that they felt like a true family after only a week of filming. The entire process had been extremely enjoyable, and heading to work felt like heading to his second home.

Jason shared, “I had to teach the kids to greet people and have good manners. Sometimes they don’t listen to you when you talk, and that’s another thing that should be taught.” Jason admitted he is patient towards children and gave tips for effective communication, “Sometimes, you’ll have to be strict and scold them. If you only play with them, they’ll get pretty rowdy. I knew how to handle them quite well, since I have three brothers in my family and was well-aware of the fights and arguments we had! However, taking care of children can be quite different. You have to avoid being biased and be strict with both of them. I really felt like I was their dad!”

When asked if Jason is ready to become a father at any moment since he is marrying Sarah Song (宋熙年) soon, he replied, “Okay, my internship is over and I can say that I’m quite ready! In the series, I have a son and a daughter and they both have very different personalities. I don’t mean I prefer one to the other, but they require different teaching methods. I have been thinking in that kind of direction.”

TAGS: Dad Has Something to Say, Jason Chan, Sarah Song