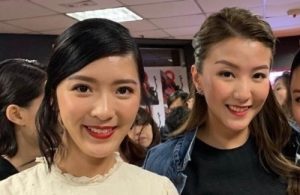 After Bosco Wong‘s (黃宗澤) eight-year relationship with Myolie Wu (胡杏兒) ended in 2012, his love life took center stage. The 39-year-old actor is often linked with a string of female artistes, including his Guardian Angel <守護神之保險調查> costar 27-year-old Rose Chan (陳嘉桓), who was spotted leaving his home on various occasions in 2017. Although they denied the dating speculations and claimed to be “brothers,” many already consider her as Bosco’s girlfriend. However, new rumors of Bosco taking an interest in Rose’s good friend Jennifer Yu (余香凝) have emerged. 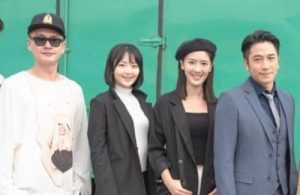 According to reports, Bosco wanted to pursue Jennifer while they were working together on the currently airing drama, Flying Tiger 2 <飛虎之雷霆極戰>. He allegedly asked her out to dinner on countless occasions, but Jennifer turned him down and notified Rose of his advances, which led to an argument between Bosco and Rose. Displeased with Jennifer’s actions, Bosco ignored her while filming, and he also expressed that he will neither film nor attend promotional events with her ever again.

Bosco has always been known for his flirtatious personality, which supposedly led to his highly publicized break-up with Myolie. In 2015, Bosco was speculated to be dating his costar Sophia Zhang (張沙沙), whom he allegedly cheated on with Rose. When rumors of Rose cohabitating with Bosco began circulating, Sophia flew to Hong Kong to visit him on set on his birthday to maintain her girlfriend status. Afterward, Bosco said they are all friends and not in a love triangle.