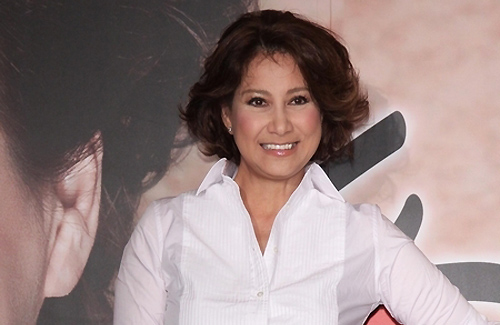 The veteran diva, known for her powerful voice and classic 1980s theme songs, retired to the United States during the early 1990s. She made a comeback to the Chinese music scene with her Love Show: The Farewell World Tour in May 2010, which kicked off with four sold-out shows in Hong Kong. The tour was then followed with stops in Taiwan, Canada, the United States, Australia, Guangzhou, Singapore, Macau, and Malaysia.

The tour’s final leg will be an encore show in Hong Kong, which will be held at the Hong Kong Coliseum from February 18 to 20, 2013.

During an interview to promote the upcoming concert, Jenny, who was asked if she is up-to-date with Hong Kong’s current singers, admitted that she did not have very good impressions of them. She first criticized G.E.M.–who was at one point branded as Jenny’s “successor” due to her powerful vocals–for her poor attitude and lack of integrity when they met for the first time at a musical festival five months ago.

“I don’t know her personally,” Jenny said in a follow-up interview. “When she first debuted, her manager once invited me to perform with her, but I turned down the offer. Maybe a grudge was held against me ever since! Maybe it’s because I am old. It is not surprising if she doesn’t know who I am. I actually really want to be someone’s junior again. But I really want to say is that as an artist, politeness is a fundamental rule. If you lack self-cultivation, your talents will not go far.”

As one of Hong Kong’s most successful and respected seniors in the music industry, Jenny is aware that her comments are like an imperial decree. “I do believe that my words can be despicable and loathsome, but when people ask, I respond.” Jenny reassured that she is not afraid of getting bashed for her criticisms, because she is just “speaking [her] truth.”

“When [Raymond Lam] saw me at the Battle of Singing Stars <翡翠歌星紅白鬥> last summer, he just stood there and stared at me. The most interesting part was that when he was doing a radio interview, he was telling the host of how excited he was to have been able to meet Jenny Jeh Jeh. What? He didn’t even greet me! How happy can he be? I felt like he was taking advantage of me.

“[Kelly Chen] was also not very polite. One time, when I was chatting with Aaron Kwok (郭富城) backstage, I saw her looking at me, but she did not greet me. She did not try to get herself involved in our conversation either. When I finished my conversation with Aaron, she and Aaron continued theirs. Do you know how embarrassed I was? Before I walked back, I turned around and told her, ‘I don’t know you, so I don’t know what to say to you!’ She looked shocked, but it is possible that I had also spoken out her own thoughts. Yes, it was a very childish move of me, but I couldn’t hold in the anger. I felt a lot better after I said it.”

Asked for her thoughts on Kay Tse, Jenny said with a grimace, “Thank goodness I am not like Paula Tsui (徐小鳳). She likes to take the initiative to ask for a photo with the juniors. I heard through a friend that one time, Paula asked for a photo with a group of juniors backstage. Everyone was nice about it, except for [Kay Tse]. Her assistant coldly rejected Paula’s request and said that [Kay] was not feeling well, that she looked too sickly for a picture!”

However, Jenny did not criticize every name that was thrown at her. She admitted that she has come across a few “obedient” singers in her lifetime in the industry.

Asked if she has found any outstanding singers in today’s industry, Jenny confidently said, “So far, I have not found anyone who can be my successor! The hottest singer at the moment, Eason Chan, is pretty good at singing, but the problem with him is that his live singing sounds exactly like in the CD.”

Did Jenny have any advice for her juniors? Jenny said, “As an artist, do not forget your origins. Modesty is a virtue. Happiness is being you. On stage you are an artist; behind stage you are an ordinary person. This is how you become a successful artist. Won’t you get tired for posing all day? In the past, I never had the chance to brush the floors or clean the tables, but now these have become my hobbies. Don’t steal my broom if you don’t want to get on my bad side.”

53 comments to Jenny Tseng Continues Her Rant on Disrespectful Singers