Since 2017, Li Xiaolu’s (李小璐) alleged affair with Chinese rapper PG One has caused a rift in her marriage with actor Jia Nailiang (贾乃亮). It wasn’t until intimate videos between Li Xiaolu and PG One were leaked in 2019 that the couple finally called it quits and ended their marriage. Putting their differences aside, the former couple decided to share custody of their daughter, Jelena, in hopes of giving her as happy a childhood as possible. 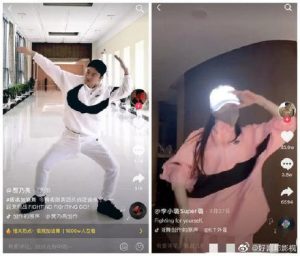 Despite the scandal that ultimately drove their relationship to an end, the ex-couple remains on good terms for the sake of their daughter. Reports continued to surface subsequently, claiming that they may be reconciling. Recently, Jia Nailiang was seen visiting his ex-wife’s home two times in a mere week. The ex-couple was also photographed in matching outfits, spurring heightened rumors that they are back together.

When reached for a response, Jia Nailiang’s manager responded, “It is not our place to speak about an artiste’s personal life. However, no matter what the circumstances are, it is the responsibility of a father to spend time with his child. Besides, he hopes to spend more time with his daughter before the start of his filming projects.”

Netizens responded positively to the statement, applauding Jia Nailiang for continuing to be an involved and committed father. One netizens wrote, “If he can forgive and can find it in his heart to forgive [Li Xiaolu], it would be for the child.” While some were hopeful that the ex-couple may rekindle their relationship, others are urging Jia Nailiang to move on.