In late 2017, paparazzi caught Chinese actress Li Xiaolu (李小璐) entering rapper PG One’s house late at night and staying over. Her marriage with actor Jia Nailiang (賈乃亮) has been on the rocks since and it has been more than a year since they have been seen together. Jia Nailiang has issued multiple statements requesting that outsiders stop gossiping about his marriage and family. After the news broke, Li Xiaolu issued a statement denying all rumors and even launched lawsuits in order to protect her reputation. Nevertheless, her songs have been taken off streaming platforms and her jobs came to a halt.

Recently, Li Xiaolu’s workload has been slowly increasing but as fate would have it, a clip was released yesterday of her and PG One acting very intimately. In the 30-second clip, the two were seen in a dimly lit room. Li Xiaolu allowed PG One to hold her by the waist and they frequently leaned on each other while taking selfies. In another part of the clip, the two of them wore matching couple sweaters and were playing the finger dance. They also kissed at the end eliminating any doubt that they were lovers.

The date and time the video was recorded is unknown. Netizens reacted with disgust to the video exclaiming that they felt bad for Jia Nailiang and that they felt like throwing up when they saw the pair kiss. 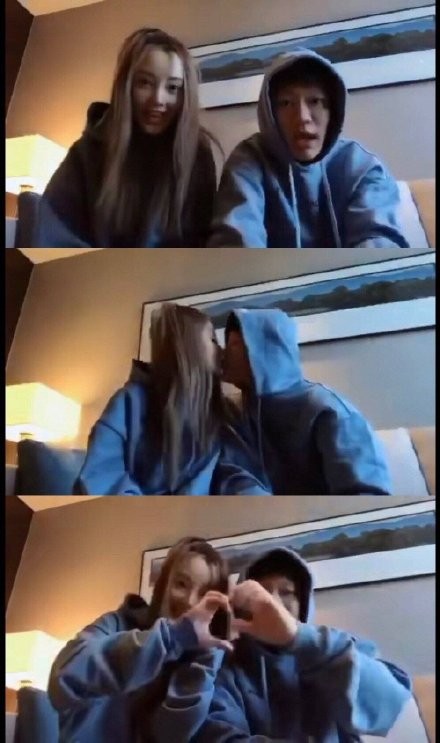