Two years after a whirlwind cheating scandal, Chinese actors Jia Nailiang (贾乃亮) and Li Xiaoluo (李小璐) officially announced on their official Weibo accounts that they they have divorced.

In December 2017, a Chinese paparazzi source alleged that Li had been cheating on Jia, her husband of seven years, with Chinese rapper PG One. The paparazzi published evidence of Li staying over at PG One’s house for one night. Their affair was later admitted by PG One.

For the past two years, the Chinese media had speculated that Jia and Li were heading towards divorce, and according to sources, their relationship suffered after the affair. Now that the couple have finalized their divorce, they decided that it was time to finally announce it in a statement to stop further speculations and to protect their daughter Jelena. They are sharing custody, and will work together to provide Jelena a normal life. 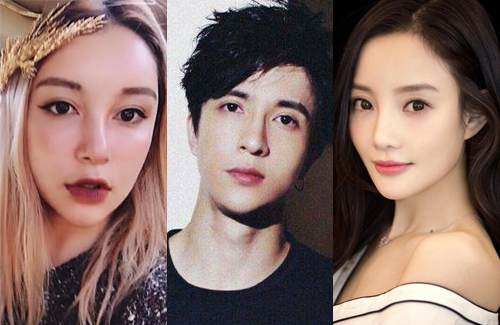 Mandopop singer, Joker Xue, is accused of having an affair with actress, Li Xiaolu.