Sally Jing Tian (景甜) and Xu Kai (許凱) have started filming for Chinese costume romance Le You Yuan <樂游原>. Many believe in their compatibility and are hopeful they will bring forward refreshing chemistry.

Le You Yuan is adapted from the novel of the same name by author Fei Wo Si Cun (匪我思存) who wrote popular tear-jerking romance Goodbye, My Princess <東宮>. The story will follow a cold and dismissive commander meeting a sassy and sharp-tongued female general whom he cannot seem to avoid.

One of the most loved post-85 actresses, Jing Tian is praised for her beautiful looks and acting abilities. While her popularity and commercial value is apparently lower compared to other actresses in the same generation such as Yang Mi (杨幂) and Zhang Liying (赵丽颖), Jing Tian is  working hard to catch up with her recent well-received projects, Si Teng <司藤> and City of Streamer <流光之城>.

In addition to the eye-catching cast, anticipations are also raised with Fei Wo Si Cun personally managing the screenwriting. The drama will be directed by Steven Cheng Waiman (鄭偉文), who worked on several hit costume dramas such as The Untamed <陳情令> and The Legends <招摇>. Likewise, the art director has also participated in successful screen adaptations of historical IP works such as The Long Ballad <長歌行> and Love and Redemption <琉璃>. 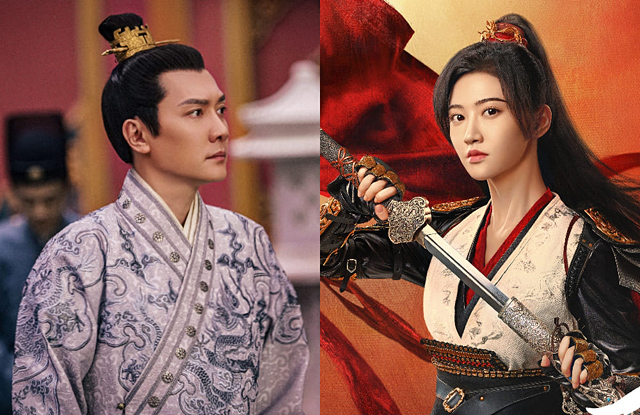