The actress wonders why people just can’t believe that a single woman in her forties can be happy.

Taiwanese actress Joe Chen (陳喬恩) has turned her focus in Beijing in recent years. Going on the program Middle Me <女人30＋> recently, the 40-year-old actress revealed that she had given up a possible marriage in order to build her career in Beijing, which she would rather devote her energies to.

The actress said that she has yet to meet a man whom she loves enough to go down the aisle with, and has decided to focus her energies on work and take the practical route of earning more money. She also shared that a pursuer once confessed his good feelings for her, to which she chased him off by telling him, “You are really annoying”, self-proclaiming her personality unsuitable for dating.

Acting as “Dongfang Bubai” in Swordsman <笑傲江湖>, adapted from Jin Yong’s (金庸) classic novel The Smiling, Proud Wanderer, Joe had faced many dissenting voices online before she took on the role. However, she later proved her naysayers wrong with her skillful acting, manifesting a spiteful character whose love turned to hate. Turning 40 in April, Joe hopes to act in only quality productions at this stage, and turn down “fast-food style” idol dramas.

One of her works, Cruel Romance <錦繡緣華麗冒險>, was aired to good response online, with Joe’s strong performance being praised. However, her good friend of many years and second male lead in the same drama Qiao Renliang (喬任梁) committed suicide in 2016 when he was just 29 years old. The actor’s death left Joe deeply saddened and made her ponder the true meaning of life. Now, she feels that it is most important to live each moment happily. 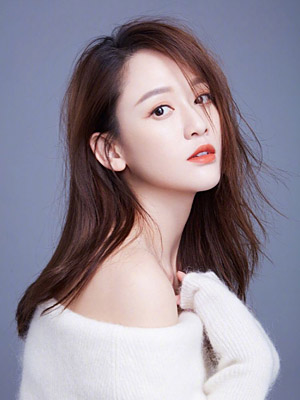 Would Rather Be a Rich Old Lady

While many female celebrities, even those who are highly accomplished in their careers, are judged based on whether they have a family and children, Joe questions this biased logic and unfair pressure on public figures like herself, adding “Why do you care so much about my private life?”

Whereas many female artistes appear to pander to the overwhelming sentiment and express their desire to be happily married with children, Joe is clear about what she wants and not afraid to be honest. “I just don’t like kids, and would rather be alone.” While her mother is afraid that Joe would be lonely in old age without any children, the actress jokes that she would be a rich old lady instead.

Seeing friends get married and forming families, Joe has thought about whether she wants to become a mom herself, but realized she does not have any such impulses, feeling dejected when she saw her good friend Xie Na (谢娜) pay much attention to her kids after childbirth.

The poised actress shares moments of her life and work on social media, such as with her pets–she has cats, dogs and goldfishes at home. It seems Joe lives up to what she preaches. At 40, she might live alone but she enjoys her freedom, and is rich in both material wealth and happiness.