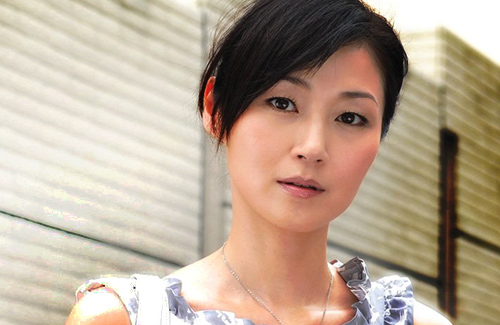 The former ATV starlet is now the biggest talk of the town. Due to the critical and commercial success of her first TVB television drama, Inbound Troubles<老表，你好嘢! >, TVB higher management executives are now actively trying to convince Joey Meng (萬綺雯) to sign a management contract with the station. Although the terms of the contract are attractive, Joey ultimately decided to turn down the special offer, expressing that she prefers her current flexible work relationship with TVB.

Joey joined the industry after winning second place at the 1989 Miss Asia Pageant. She debuted in the 1990 ATV television drama Hey, Big Brother <司機大佬>, starring alongside Richard Ng (吳耀漢), Susanna Au Yeung (歐陽佩珊), and Christine Ng (伍詠薇). Joey shot to fame after starring as Ma Siu Ling – a ghostbuster – in the successful My Date with a Vampire <我和殭屍有個約會> television series.

Joey left ATV after starring in the 2008 legal drama, The Men of Justice <法網群英>. In early 2012, Joey signed a three-year per-serial contract with TVB. Her first drama with the station was Inbound Troubles, which is currently the highest-rated television drama of the year.

After the success of Inbound Troubles, head of TVB management Virginia Lok(樂易玲) offered to sign Joey and her manager into the big TVB family. Joey would get paid up to $50,000 HKD per episode, earn the opportunity to choose her film and television offers, and would be promoted as TVB’s “next Charmaine Sheh (佘詩曼).”

Not wanting to break her current work relationship with her manager, who has been with Joey since she first started her career in ATV, she ultimately decided to turn down TVB’s hefty offer. For years, Joey has been employed by other television stations in a per-series contract, which has allowed Joey more freedom in choosing her jobs.

Joey, who never took joy in accepting jobs back-to-back, immediately agreed to film Michael Miu’s (苗僑偉) drama, A Change of Heart <好心作怪>, after filming Inbound Troubles. Joey was attracted to her character, expressing that it was a role she has never portrayed before. A source close to Joey said, “She hasn’t filmed in four years. She thinks she is still physically capable of doing more, which is why she agreed to film [A Change of Heart]. But she is never going to do two dramas in a row ever again!”

Joey had to push back her baby plans with husband, Chan Sap Sam (陳十三), as a result from signing a per-serial contract with TVB. If Joey agreed to join TVB’s management, her baby plans would be further postponed to a few more years.

A source said, “Joey is very loyal. Although [the management contract] has an attractive remuneration package and would also guarantee her a lot of freedom, Joey doesn’t think it would be fair for everyone. If she does sign into management, she would always have to turn down offers, and that would not be very fair for the company. She also feels very safe and satisfied with her current manager, and she doesn’t want a change.  TVB has been treating her well, and she knows it, which is why she immediately agreed to film Food for the Slaves <食為奴>, and has already saved room in her schedule to film the future Inbound Troubles sequels.”

TAGS: A Change of Heart, Food for the Slaves, Inbound Troubles, Joey Meng