In the golden era of Hong Kong television in the 1990s, ATV produced classics such as My Date with a Vampire <我和殭屍有個約會>, Who’s the Hero <勝者為王>, and The Pride of Chao Zhou <我來自潮州>. The station’s leading ladies, or fadans, were beautiful and talented. After the demise of ATV, many of the actresses went on to film for rival station, TVB, but some have already faded out of the entertainment circle.  Let’s catch up with six of ATV’s former fadans to see where they are now. 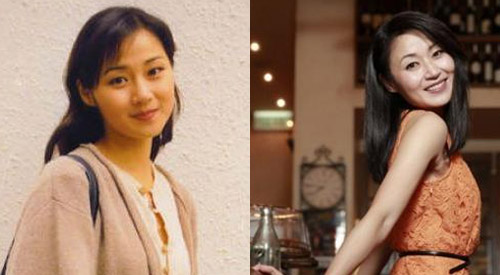 Joey made her debut in the entertainment industry by participating in the 1989 Miss Asia Pageant and was crowned first runner-up, losing to Yvonne Yung (翁虹) In 1998, she starred in her most iconic role as a vampire slayer in My Date with a Vampire. Not only did the trilogy propel her to stardom, but also intertwined her fate with her husband, Chan Sap Sam (陳十三) who was also the drama’s screenwriter. The couple tied the knot after only dating for four months.

With her soaring popularity, baby-faced looks, and well-known 42-inch legs, Joey was a mega-star in the making. However, in an earlier interview, Joey admitted that she was not ambitious when it came to her career. Instead, she hoped for only a simple life and shared that her most treasured moments were taking long walks with her husband after dinner. Joey’s other most publicized relationship was with action star, Donnie Yen (甄子丹), in the early 1990s. It was reported that Donnie once sent eight men to the hospital for harassing his girlfriend, and even knelt in front of live television to confess his love to Joey.

Joey is now signed with TVB on a per-series contract. However, she remains selective with her filming projects in hopes of achieving a good work-life balance. 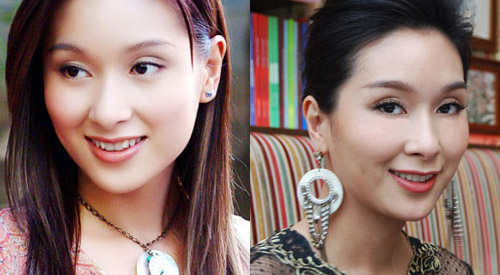 Kristy was born in Shanghai to a Chinese father and a half­-American, half-Chinese mother. Similar to Joey, Kristy also made her debut in the entertainment industry by participating in the Miss Asia Pageant and placed first in the 1995 competition. Due to her sweet demeanor and feminine features, Kristy was immediately cast in heavy roles and high-budget dramas.

Within the first two years, Kristy starred alongside popular actors in King of Gamblers <千王之王重出江湖>, Vampire Expert II <殭屍道長 II>, The Swordsman <劍嘯江湖>, The Snow is Red <雪花神劍>, and The Pride of Chao Zhou <我來自潮州>. She enjoyed equal success in her film career. Despite the mediocre reception to her acting abilities, fans continued to be drawn to her feminine charisma.

Kristy has never publicly acknowledged any relationships, but is most known for being involved with married businessman, Zhou Zhengyi (周正毅) in early 2000. After being in a secret affair for more than a year, Kristy began more publicly hinting at her relationship with Zhou Zhengyi in hopes of coercing him to divorce his wife. The most heated moment was when Zhou Zhengyi’s wife caught him and Kristy on a date at a restaurant. Angered and embarrassed, Mrs. Zhou loudly scolded Kristy for being a husband stealer and slapped her.

Kristy’s work output has significantly reduced in recent years, but she often still appears on television shows, interviews, and the occasional movie. 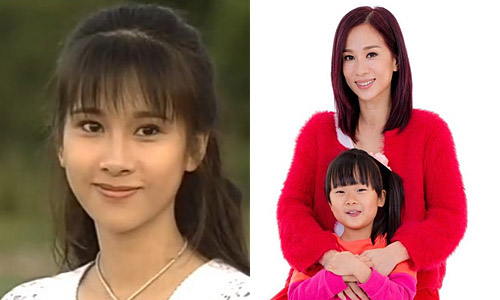 The baby-faced actress started her career at ATV at the tender age of 16. She has appeared in many classic ATV dramas, including Vampire Expert <殭屍道長>, The Pride of Chaozhou, and Heroine of the Yangs <穆桂英>. After joining TVB in 2000, Annie was cast in notable roles in The Legendary Four Aces <金裝四大才子> and Whatever It Takes <天子尋龍>. Perhaps due to her youthful looks, Annie’s popularity began to diminish over the years and she was typecast into “little sister” roles. She soon left TVB to try her luck in Mainland China with minimal success.

In 2012, Annie married businessman, Jason Lee (李梓慎). The couple welcomed a daughter, Jaime, that same year. Since becoming a wife, Annie has unofficially retired from the small screen. However, she often makes social media appearances due to her close friendship in the “Seven Sisters” circle, which includes Charmaine Sheh (佘詩曼), Margaret Chung (鍾麗淇), Toby Leung (梁靖琪), Angela Tong (湯盈盈), Sherming Yiu (姚樂怡), and Janet Chow (周家蔚). Recently, it was alleged that Jason’s business has been facing financial problems, causing Annie to consider making a comeback. It was reported that she sought Charmaine’s help for potential opportunities. 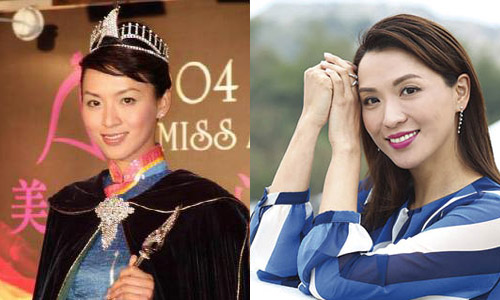 Similar to Joey and Kristy, Alice also began her career in showbiz through the Miss Asia Pageant. She placed first in the 1996 Miss Asia Pageant and went on to quickly become one of the more popular ATV actresses. In the 2005 drama, A Dream Named Desire II <美麗傳說II>, Alice portrayed the late Anita Mui (梅艷芳) and was praised for her remarkable performance. Alice took a hiatus from the entertainment industry after marrying Taiwanese businessman, James Yen (顏志行). She returned to acting and signed with TVB in 2012, citing her desire and passion for acting. Nearly five years later, news broke that Alice and James had already divorced.

Currently 45 years old, Alice is enjoying her single life and has also re-established her image, popularity, and skills as an actress. 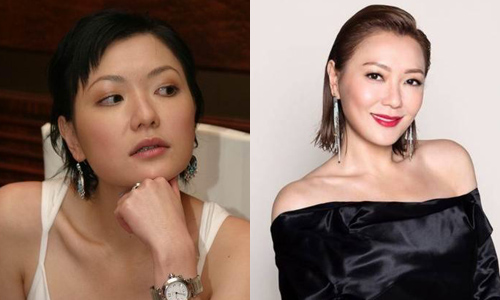 Placing first in a singing contest in 1993 marked Kristal’s entry into showbiz. Though recognized for her acting skills and a staple in many ATV dramas, Kristal was often cast and portrayed dislikeable characters. After marrying her husband and fellow actor Chapman To (杜汶澤) in 2005, Kristal eventually transitioned over to TVB. There, she worked her way up to become one of the most successful TVB actresses currently. The 41-year-old actress is known for her straightforward and genuine personality. She previously opened up and discussed about Chapman’s infidelity and how the couple overcame this difficult obstacle in their relationship. 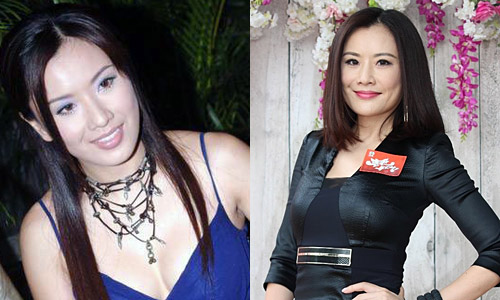 Pinky joined the 1996 Miss Asia Pageant alongside Alice Chan. Though she did not place within the top three, Pinky went on to start her career in entertainment and joined ATV. During her time at the station, Pinky was often cast in sexy roles due to her voluptuous physique and sultry looks. Though often starring in second or third-line roles, Pinky still oozed with charisma and was a noted face among viewers.

Unfortunately, ATV froze her at one point. In order to continue supporting herself and her family, Pinky agreed to film Wong Jing‘s (王晶) Category III film, Raped by an Angel 3: Sexual Fantasy of the Chief Executive <強姦3OL誘惑>. Her image took a fall and she went to Mainland China to try her luck, to no avail. At her lowest point, Pinky admitted to considering suicide.

Later, Pinky hoped to follow in the footsteps of her ATV colleagues and wanted to join TVB. The station was initially reluctant to sign Pinky, stating that she had too much  of an “ATV” feel to her, but eventually decided to give Pinky a try in 2015. Since then, she has starred in minor roles in Deep in the Realm of Conscience <宮心計2深宮計>. In a recent interview, Pinky admitted to feeling disheartened with the lack of opportunities and is considering taking a break from showbiz.

This feature article is written by Huynh for JayneStars.com.