With a blink of an eye, Kristal Tin (田蕊妮) and Chapman To (杜汶澤) have been together for 24 years. They started dating in 1999 while they worked at ATV, got married in 2005, and have been married for 13 years since. Contrary to popular belief, their relationship has not always been smooth sailing. Facing issues such as Chapman’s cheating and illness, these trials and tribulations have only served to strengthen their commitment to each other.

Chapman Was a Gambling Addict 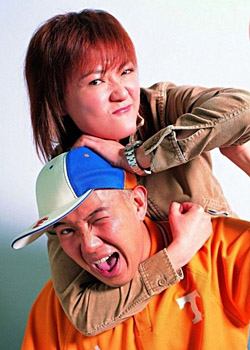 In 1993, Kristal entered the entertainment industry after she won a singing contest held by ATV. At that time, Chapman was a gambling addict. He said, “I started gambling when I was 18, I was so deep in debt that I had to flee to Taiwan. When I returned to Hong Kong, I joined ATV as an artiste. I didn’t think that I would make it but after I filmed My Date With  a Vampire (我和殭屍有個約會), I received a lot of attention and the loan sharks started chasing me for my debt.”

The news of Chapman owing millions to loan sharks quickly made headlines and even after the disapproval of her friends, Kristal decided to lend money to Chapman on multiple occasions. Soon after, they naturally started dating.

Chapman proposed to Kristal 31 times over the course of their relationship. Kristal never took it seriously as he would seemingly joke about it, asking during dinner, before they slept, and even during gatherings with friends. She was in no rush as she was 27 years old at the time and felt that 30 was the ideal age for marriage.

The turning point of their relationship came when Chapman went on a trip to Sri Lanka to visit survivors of an earthquake. At the time, there were reports of after quakes in the area making Kristal extremely worried and regretful that she did not accept his previous proposals. The trip made Chapman change his views on life and he decided he should cherish the people that loved him. He realized that he missed Kristal and called her to propose. 31 was the final, lucky attempt. 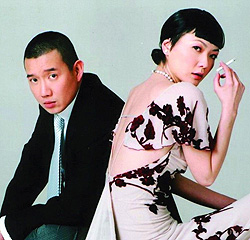 After marriage, Chapman took on the role of the breadwinner, asking his wife to stay at home and enjoy life. During this time, Kristal worked as a MC for a year and would spend her days eating and playing mahjong with friends. This was enjoyable in the beginning but after a few months, she felt useless. As well, she did not want to be reliant on Chapman, finding that she would have to ask him for money and to take care of her family.

Ultimately, she came to realize that this type of lifestyle was not for her so she decided to join TVB in 2006. At this time, negative emotions overcame her and started affecting their relationship. In the end, she discovered that Chapman got involved with another woman. She said, “I knew who the mistress was, but I couldn’t bring myself to face the issue so I would continue to play mahjong every day. I had lost my sense of direction in life.”

Taking Care of Husband Through Illness

Kristal decided to leave Chapman, however as fate would have it, Chapman’s career took a sudden turn for the worst. He lost many friends and even went through bankruptcy. “It’s hard when you suddenly lose everything overnight. I knew that he loved me very much so I told myself that I would stick it out until his situation improved.” Knowing that Kristal had decided to stay by his side even during tough times led Chapman to understand her importance in his life.

When Chapman was 40, he was diagnosed with Miller Fisher syndrome. It is a rare disease where in worst case scenarios, it could lead to full body paralysis or death by asphyxiation. Kristal was filming in China at the time when she learned of the diagnosis. It was a big shock to her and she posted on Weibo, “Thank you for reassuring me even though I cannot be by your side to take care of you at this time. I admire your strength when faced with adversity. I have lots to learn from you; you are my hero!” When she returned to Hong Kong, she was in the hospital every day taking care of Chapman.

He was extremely grateful for her care, “In the past I thought that by being successful I would have many women flocking to me but I have learned that having one good woman by your side is the definition of success.”

It was their 11th wedding anniversary a few days ago. Chapman was in the United States but had already prepared his gift in advance. Kristal took to social media to show off a card and sparkling diamond ring. She expressed that this was not the first time she had received presents from Chapman, but this is the first time she had received a handwritten card making it a very special present.

Many people say that marriage will lose its passion after time, but Chapman and Kristal’s relationship is proof that as long as you put in the work, your relationship will flourish. 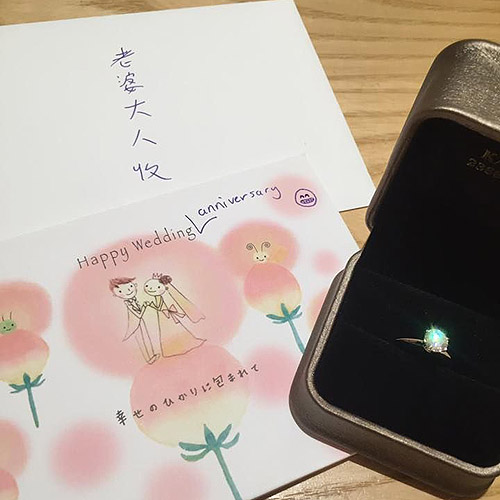