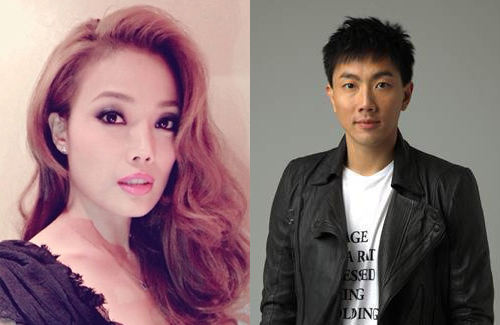 Since they started dating in 2012, Joey Yung (容祖兒) and Wilfred Lau (劉浩龍) have been pegged as a mismatched couple. As one of Hong Kong’s most popular female singers, Joey is a multimillionaire, while Wilfred lacked success in his own career. Joey has tried contacting friends for favors to help push Wilfred’s career to greater heights.

With his contract with East Asia Music ending in July, Wilfred enlisted Joey’s help in finding a new record company. Since Joey is good friends with Alex Tong (唐才智), CEO of Sun Entertainment Culture, she recommended Wilfred and helped him gain a three-year contract starting in August.

A close friend of Joey’s revealed, “Joey previously talked to her manager Mani every day, but she knew that Mani didn’t really like Wilfred and told her that she should leave her options open, and not decide so quickly. Of course Joey doesn’t want to listen, so she began seeing Mani and her friends at EEG less. She now talks to Hacken Lee (李克勤) and Wyman Wong (黃偉文). She knows they won’t judge Wilfred, and secondly, Joey wants her boyfriend to mix with well-known artistes to improve connections and gain opportunities.”

Deeply in love with Wilfred, Joey also shares most of her possessions – such as her $1 million HKD Porsche. Most shopping expenses and restaurant meals are speculated to be paid by Joey. When Wilfred’s Japanese restaurant dipped in sales, Joey personally invested $600,000 HKD to help the business.

Both Joey and Wilfred intended to get married two years later. However, because EEG was unhappy with Joey’s idea, the couple pushed their plans to have children by age 40. “Joey always talks to friends about how she is getting old! A lot of her close friends have children already, and she wants to get married soon. Actually, Wilfred has proposed many times, but Joey has to take EEG into consideration. She can’t just suddenly accept Wilfred’s proposal,” an insider disclosed.