The finale of the Chinese variety show, Sisters Who Make Waves 2 <乘风破浪的姐姐 2>, aired yesterday. The 14 contestants, divided between the Na Ying (那英) group and Bibi Zhou (周筆暢) group, competed for a final round before the final selection was made to form a seven-member singing group.

Although Cecilia Cheung (張栢芝),  received many negative feedback for her performance, she was also one of the fan favorites. Through the show, Cecilia also saw a boost in her popularity. Surprisingly, Cecilia was eliminated without placing.

The two groups competed in a three-person battle, with Bibi’s group winning two out of the three challenges. This resulted in Bibi’s team winning two debut places in the final team selection. In addition to a battle of skills and talent, the contestants also had to face off in a test of popularity. The audience and viewers cast their votes through the network, which took into consideration the votes when deciding the final winners.

In the end, Na Ying’s group won three debut spots, and Bibi’s group won four debut spots. The placement and vote count for the seven winners are as follows: 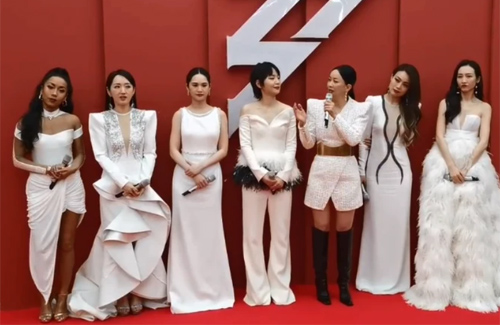