The scriptwriters drew inspiration from the lives of 55 Hong Kong police officers and their sacrifices, incorporating their stories into The Defected.

At a dinner with the cast and crew in celebration of the premiere for new TVB series, The Defected <鐵探>, Kara Hui (惠英紅) and Benjamin Yuen (袁偉豪) spoke about their filming experiences. The series already made an impression on Mainland Chinese viewers, with the first 10 minutes of the premiere attracting 3 million views.

Kara: “The More They Hate Me, The Happier I Am”

Award-winning actress, Kara Hui (惠英紅), expressed how thrilled she was with the initial views of her new series. While it’s still too early to tell, Kara revealed that she often films in Mainland China and isn’t too worried about the ratings there. In contrast, Kara was initially unsure of how the Hong Kong audience would react as she hasn’t taken part in a local series in a while.

Stating that her character is someone who is ruthless and will do anything to achieve her intentions, Kara is not worried about viewers hating her. In fact, the actress laughed, “I don’t’ really mind – the more they hate me, the happier I am.” Asked if she will continue to film Hong Kong series in the future, Kara replied, “If there’s a good screenplay, I’ve never said I wouldn’t film.”

Benjamin’s Sacrifices for His Role

Benjamin is very pleased to hear that The Defected attracted sizable viewers in Mainland China. With the cast and crew putting in hard work during the filming process, they are thrilled. He said, “The production crew really enjoyed this moment; it was like watching a baby come into the world.”

Asked which episode he thought will be the most viewed, Benjamin said, “I don’t really know yet, but there’s a lot of promotions for this drama so I’m very confident. My strength alone isn’t enough; it’s the combination of everyone else’s. It’s such a rare opportunity; whether it be the budget, timing, actors, or production crew – the company put in a lot of effort and investments. This is all brand new to me, so I’m really lucky to have been given a chance and I made sure I did my absolute best. I look forward to releasing even better shows to audiences in the future.”

To portray a terminally-ill patient, Benjamin lost over 20 pounds and looks scrawny in The Defected. Suffering from eight days of dehydration at one point, Benjamin said he lived on only coffee for twodays and had to continuously jog before filming. Putting in maximum effort for this role, Benjamin said the most important thing right now is to regain good physical health again. 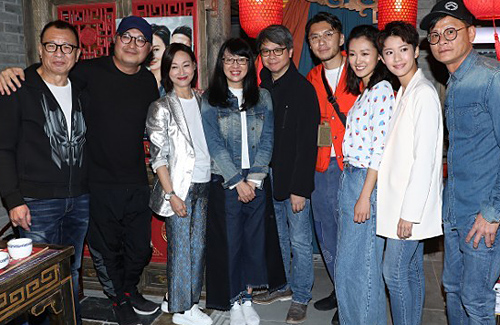