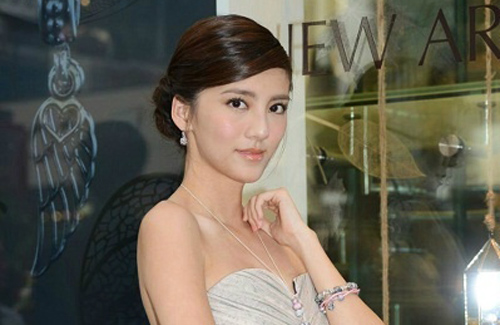 The couple maintains a transparent relationship based on mutual trust and will let each other know in advance if they are filming intimate scenes with co-stars. However, there were last-minute script changes for Line Walker, and Raymond apologized for his late notice to Karena. He said, “There are some intimate scenes, so I reported [to Karena] late. I have to say sorry. When she films [such scenes], she also lets me know in advance. It’s mutual respect and adds to the transparency and honesty in our relationship.”

The couple traveled to Tokyo and Osaka earlier and purchased a lot of new fashions. Raymond was glad that he did not gain weight although they went to many places to eat. Since leaving TVB, Raymond has been enjoying the increased freedom in his work schedule and has not decided on which company he will sign with next.

Karena Does Not Mind if Raymond Goes Nude

Karena has been watching all the episodes of Line Walker, and does not mind Raymond’s intimate scenes. Since they are both artistes, Karena understands that such scenes are unavoidable during filming. Fortunately for the 20-year-old actress, her management company does not feel that Karena needs to film overly passionate scenes due to her age and image.

Karena also added, “I will not consider partially or fully nude scenes, since that goes beyond my bottom line. However, I don’t mind if Raymond films nude scenes.”