After winning first runner-up in Mr. Hong Kong 2016, 23-year-old Karl Ting (丁子朗) received plenty of opportunities with his quick thinking and healthy image. Most of his work has been hosting variety programs and special shows. After starring in The Man Who Kills Troubles <解決師>, Seven Princesses <七公主>, and an upcoming drama about the customs department, Karl is stepping up to his first leading role in a new TVB youth drama.

In regards to his potential first leading role, Karl confirmed that he had indeed gone to the audition. “There were two to three scenes that we had to act out, so I prepared for the audition very seriously. I did a lot of homework beforehand, and hope that I will be able to get the role. I heard that many young actors auditioned as well, so I’m not sure of the results yet. I am looking forward to the opportunity–I feel that new young actors will be able to generate fresh chemistry.”

The rumored cast list features a lot of beautiful actresses, but Karl is not sure who will be a part of the drama yet. He would be very happy if Joey stars, as they had collaborated in Liza’s Online <娛樂大家> for many years.

If it wasn’t for her costar Karl Ting, Moon Lau would’ve been in deep trouble. 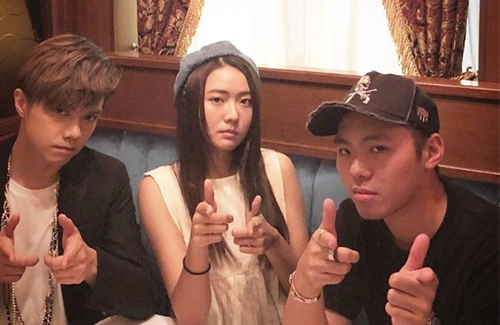