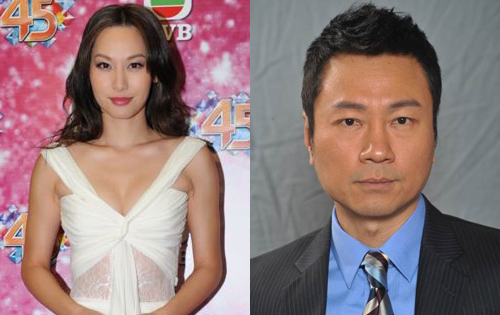 Kate Tsui (徐子珊) will win TV Queen and My Favorite Female Character awards, according Sing Tao, who has obtained a leaked list of TVB Anniversary Awards winners. Wayne Lai will win the TV King award for the third time due to his stellar acting in The Confidant <大太監>.

The Anniversary Awards ceremony will be held on Monday, December 17. Hong Kong residents will be able to vote for the Best Actor, Best Actress, and Best Drama winners this year. Despite the one vote per person system, TVB will not release the percentage of votes to avoid embarrassment for the nominees. The lack of transparency quickly led to speculations that it is still possible for the company to fix the votes and award preferred artists.

Kate Tsui and Tavia Yeung (楊怡) have been hot contenders for this year’s TV Queen title. According to inside sources, Kate was originally designated to win the TV Queen title as per TVB management, with Tavia winning the My Favorite Female Character award. However, TVB management suddenly changed their minds and decided to make Kate a double-award-winning TV Queen for her performance in Highs and Lows <雷霆掃毒> instead.

Starring in 6 dramas last year, performing a dangerous acrobatic stunt at the 45th TVB Anniversary Gala,  and appearing in a slew of television and print interviews regarding the TV Queen race, Kate was boosted into the #1 Sister spot by TVB.

If the rumor turns out to be true, Tavia will go home empty-handed on Anniversary Awards night.  Although Tavia’s dramas, The Hippocratic Crush <On Call 36小時> is the third highest rated drama year-to-date and Silver Spoon, Sterling Shackles <名媛望族> has become a hot topic since its broadcast, it was speculated that after Tavia’s “car-shaking” incident with boyfriend, Him Law (羅仲謙), her popularity has been negatively affected and worsened her relations with the Hong Kong media.

On the night of the Anniversary Awards ceremony, a list of Top 5 Finalists in the awards categories will be announced. The Top 5 list is rumored to be fixed; the Best Actress category will include Kate Tsui, Tavia Yeung, Linda Chung (鍾嘉欣), Myolie Wu (胡杏兒), and Liza Wang (汪明荃). Unless the percentage of audience votes result in a wide margin from TVB management’s decision, it is understood that Kate will bring home the Best Actress award.

The Top 5 in the Best Actor category will include Wayne Lai (黎耀祥), Raymond Lam (林峯), Bosco Wong (黃宗澤), Kevin Cheng (鄭嘉穎), and Moses Chan (陳豪). Due to the stellar ratings and rave reviews of The Confidant <大太監>, Wayne will reportedly win the Best Actor award for a third time. Wayne remains highly popular among advertisers, similar to younger male lead actors such as Raymond Lam, Bosco Wong, and Moses Chan.

The Confidant will reportedly win the Best Drama award.

Raymond Lam will reportedly win the My Favorite Male Character award. It was reported that a female TVB executive had strongly advocated Raymond to win the TV King award, suggesting that Raymond and Wayne’s awards be interchanged.

However, the ratings for Highs and Lows <雷霆掃毒> did not make it into the top 3 dramas for the year. The central interest for the drama also fell on Kate Tsui’s Drug Queen character. TVB was concerned there may be negative backlash if Raymond were to win the Best Actor award, similar to the public criticism after he won the Asia-Pacific’s Most Popular Male Singer Award at the Jade Solid Gold Music Awards.

Considered as consolidation prizes, the Most Outstanding Actor and Actress awards will likely go to Kevin Cheng (鄭嘉穎) and Myolie Wu (胡杏兒). Some TVB executives have suggested giving the awards to Linda Chung (鍾嘉欣) and Bosco Wong (黃宗澤) due to their highly rated drama, Witness Insecurity <護花危情>. Real-life couple, Moses Chan (陳豪) and Aimee Chan (陳茵媺) were also contenders for the awards.

The TVB.com Popularity Award will reportedly be given to Kevin Cheng.