On May 11, Kelly Cheung (張曦雯) celebrated her 30th birthday with her boyfriend and a group of friends including Samantha Ko (高海寧), Andrew Chan (陳浚霆), and Gigi Wong’s (黃淑儀) son Shaopin Tsui (徐肇平). She shared many photos on social media to commemorate the occasion.

“Cakes, balloons, and some really good people (and animals) by my side. There’s no better way to step into this next decade…I’m ready and it’s going to be epic!” The beautiful cake featured adorable decorations of Kelly’s cat and dog.

While she has spoken about her boyfriend before, this is the first time Kelly posted a photo of him on her social media. Her boyfriend, Brunyez, who is of British-Japanese descent, had gifted her with a virtual-reality headset as a a birthday present. A big video game player, Kelly was extremely happy with the gift.

Dating for three years, Kelly and Brunyez have been living together. Bruyez works as a personal trainer and earlier during the pandemic, he had to self-isolate in his room. Kelly would open a window in an adjacent room and talk to him through there. 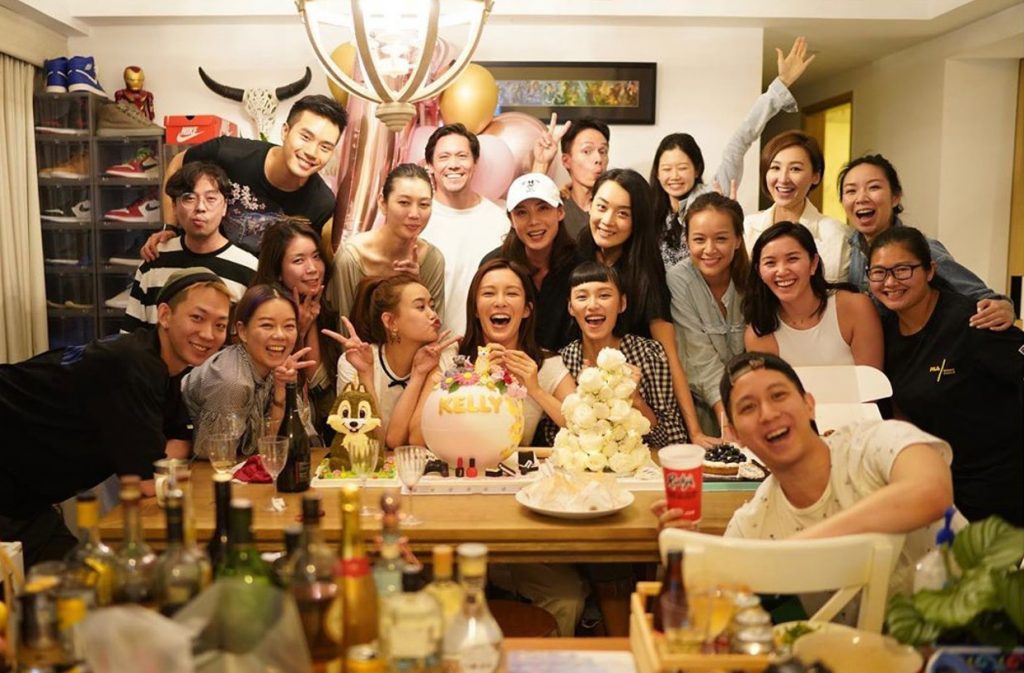 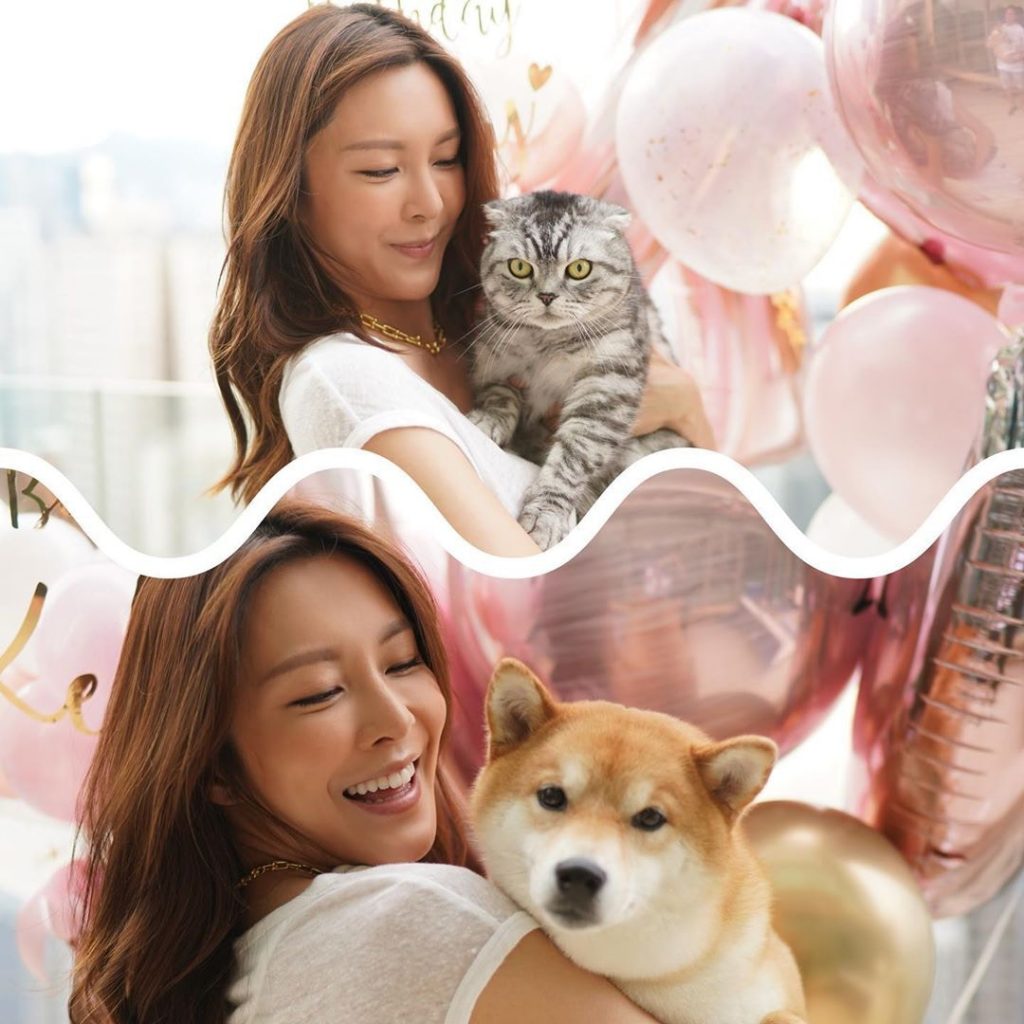 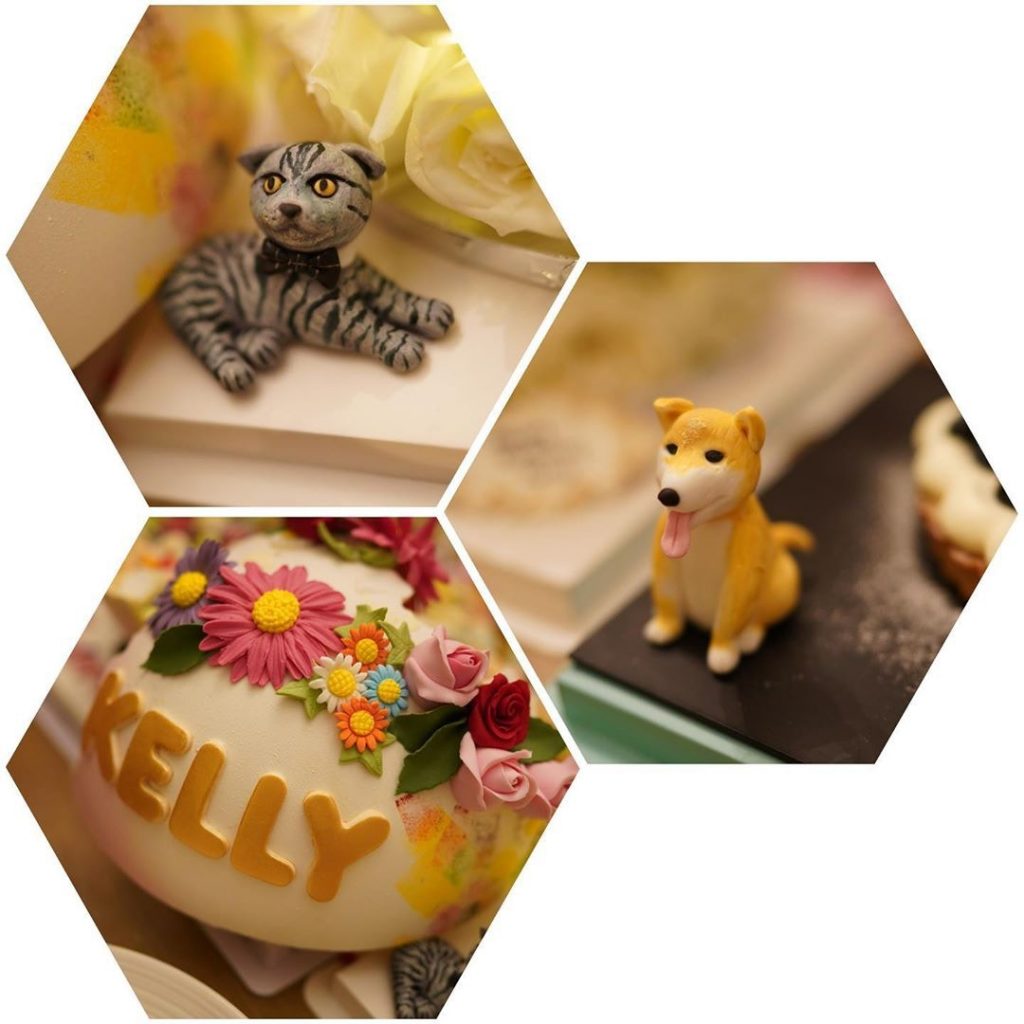 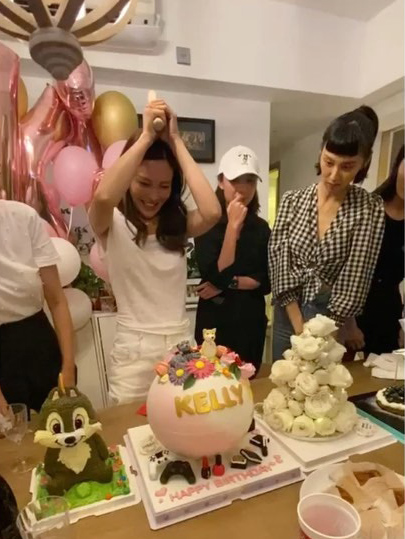 Him Law said they changed their names awhile ago, and their family is happy with their decision.