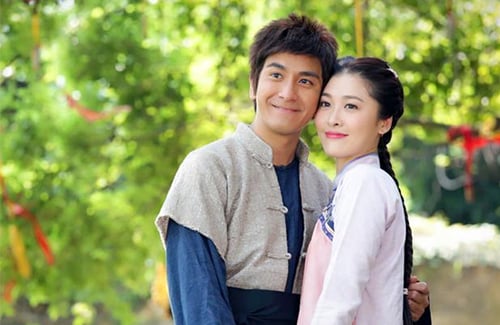 Rogue Emperor was shot in 2014. It was originally scheduled to air in late 2015, but was pushed back several times before TVB finally decided to put it on air this year. For a period of time, it was rumored that Rogue Emperor would only show on myTV SUPER, TVB’s streaming service.

The drama follows Chu Kam-chun from his younger years to old age, marking his life’s journey. He shares a bittersweet romance with the rich girl Yik Yung-yung, but the two end up separating. It was not until many years later, at an old age, when the star-crossed lovers meet again.

Producer Poon Ka-tak said, “This drama is Kenneth and Niki’s first collaboration. Kenneth came across Niki when we were still searching for a female lead. They’ve always said they wanted to collaborate, and since Niki was free, we decided to cast her. What a coincidence!”

Niki said, “We had a great time working with [Kenneth]. It’s been two years since I last got to meet our viewers. I’m also interested in watching my performance in this show. I’m busy doing a mainland drama now, but I hope to go back to Hong Kong soon to greet everyone.”