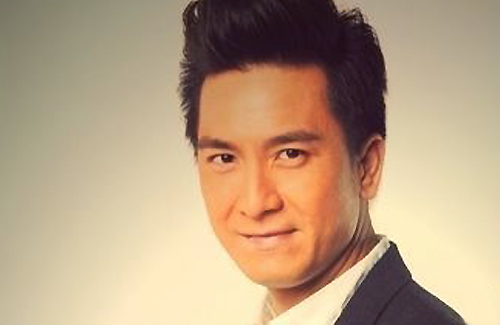 Hong Kong’s top bachelor Kenneth Ma (馬國明) has never been the type of person to mind rumors. “I never really cared about them,” said Kenneth.

The 39-year-old was recently bound to rumors with Tracy Chu (朱千雪), Rebecca Zhu (朱晨麗), and Charmaine Sheh (佘詩曼), Kenneth’s costar in the TVB television movie A Time of Love <愛情來的時候>. Kenneth stressed that they were only rumors with no truth.

He also said that he is not in a rush to find a romantic partner, saying, “You can’t force these things, but I have met a few [girls] that are really, really good. Just the feelings weren’t there.” Asked if he is interested in dating any of his TVB colleagues, he said, “TVB has a lot of good girls. Actually, they’re all good, but I haven’t had the time to get to know them more. I’m also not the kind to fall in love at first sight.”

Amused at being labelled one of the most eligible bachelors, Kenneth pointed out that there are also many good bachelorettes at TVB such as Charmaine. Kenneth said Charmaine is a very professional actress, but they did not get a chance to know each other well because filming for A Time of Love was restricted to several days in Singapore.

Kenneth then added that he hopes to work with new actresses, lamenting that he is always being paired with the same partners. “I don’t want it to be with the same two people over and over again. The audience may get bored. I’m always working with Tavia Yeung (楊怡) or Selena Li (李詩韻). I would like to work with other actresses like Linda Chung (鍾嘉欣) and Eliza Sam (岑麗香). I just want to work with someone I haven’t worked with before. It can be anyone. I do want to give the audience fresher feelings.”