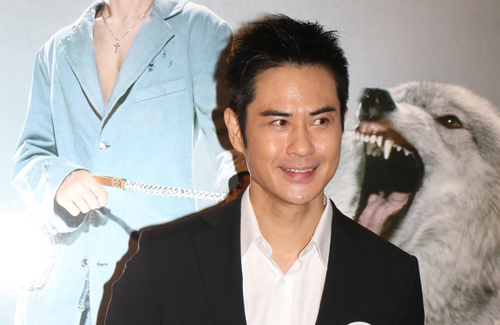 With Grace delivering via Cesarean section, the delivery went very smoothly. Kevin said, “The experience was both exciting and relaxing. The anesthesiologist was Malaysian and he played soft music in the background, making me really relaxed. I just didn’t how to cut the umbilical cord – it turns out that you need to use a lot of force to cut it. My eyes were watery when I witnessed the moment when the baby was born. Grace and I are very happy that the baby is healthy.”

On whether Baby Rafael looks more like him or Grace, Kevin said he is starting to resemble his wife more as the days go by. Calling Rafael his “Little King,” Kevin disclosed that his son once had to change diapers 17 times in a day.

While it’s normal for women to stay at home and rest their bodies for a month postpartum, Grace was already back at work two weeks after giving birth. When asked if Grace was being a “little disobedient” in this case, Kevin said he respects her decision. “I’ve already told her my opinions on how important it is to take care of her health this month. However, I think that mutual respect is important between married couples. My father-in-law did previously advise that I should make big decision and my wife should make the small decisions. However, in reality – whether the decisions are big or small – she’s the one who makes them.”