While attending a meet and greet, TVB artistes Kiki Sheung (商天娥) and Sheren Tang (鄧萃雯) openly addressed their past rivalry. The two artistes worked together in 2009 drama, Rosy Business <巾幗梟雄> and were rumored that they did not get along. After 10 years, the two artistes put aside their discord and their struggles in their careers.

Growing up, Kiki admitted that she was not a good communicator and is often misunderstood. Recalling the past, Kiki shared that her father was having health issues and it took a toll on her mentally and physically as she juggled between filming and taking care of her father.

Kiki thought that performing her job well is enough and felt hopeless when she had a chat with her company, “When my company and I renewed the contract and were negotiating a pay increase, they said, ‘I don’t understand why even the backstage crew said you have a problem.’ Back then, I was sad and didn’t renew the contract. Every day, I hid at home and cried. I asked myself ‘Why is this happening?’ I reflected that I rarely communicated with people. I thought there wasn’t a need to talk about personal matters with my co-stars, but it is important to communicate with people.” 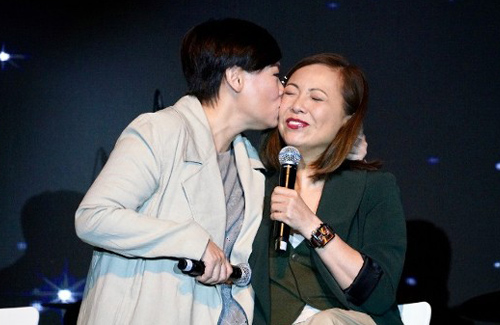 Kiki shared that she eventually learned how to cherish her friendships and invited Sheren to the stage to talk about the past. Speaking of their rumored discord, Kiki confessed that she had previously interjected into gossips about each other, “No matter what has been said in the past, this is the first time I am sharing this because you did it first.” Finally putting their feud behind them, the two reconciled their friendship and Kiki proceeded to plant a kiss on Sheren.

When Sheren first acted in dramas, she achieved fame but was still struggling to pay her rent. As her parents divorced early, Sheren is attached to the feeling of love and would fall in love with her costars. Struggling in her career and in love, Sheren hit rock bottom when she went into debt during the 1998 economic crisis.

Sheren felt like a failure and found it difficult to move forward, “In 2013, there was no script when I filmed Beauty at War <金枝慾孽貳> and the pressure caused me to develop emotional issues. It was so serious that it could have ended my career. I was very frustrated and angry that I hit rock bottom again. However, after two years of rest and I deliberately stop taking work to live my life, I found that I didn’t need to be anxious about not having work, didn’t need to work hard to earn money or worry about outside things. I even entrusted the care of my parents to God. For the first time, I finally felt truly happy.” 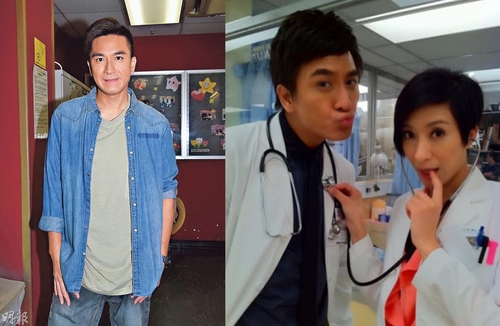 Kenneth Ma is watching the re-broadcast of “The Hippocratic Crush II” in his spare time.