Lately, it’s been the trend to create remakes and sequels of classic dramas, and TVB is no different. The station is allegedly filming the fourth installment of the Rosy Business <巾幗梟雄> series next March and blessing viewers with the beloved onscreen duo, Wayne Lai (黎耀祥) and Sheren Tang (鄧萃雯), once again. If true, the drama is Sheren’s return to TVB after her huge fallout with the company in 2013. 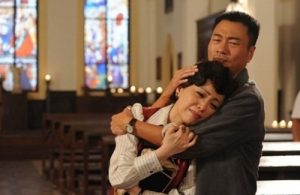 Although “How many decades do we have in a lifetime?” is Wayne’s line in Rosy Business, Sheren is seemingly taking this quote to heart and putting the past behind her. In 2009, she was at the height of her career from playing the fourth wife in Rosy Business alongside Wayne’s character of Chai Kau. They both landed the thrones of TV King and TV Queen at the TVB Anniversary Awards, respectively, and the drama also snagged six accolades then. Their careers continued to soar with their Best Actress and Best Actor wins the following year for their collaboration in No Regrets <巾帼枭雄之義海豪情>, the indirect sequel to Rosy Business. Although Sheren could’ve continued to achieve great results from the Rosy Business series, her next TVB drama, Beauty at War <金枝慾孽貳>, failed to resonate with viewers.

In 2013, Sheren made matters worse when she blamed the poor results on the lack of a script, causing those working in front and behind the scenes to be dissatisfied with her. It was rumored that she would not film any more TVB dramas, and the relationship between both parties soured terribly. Three years later, when TVB helmed the third installment to the Rosy Business franchise, No Reserve <巾幗梟雄之諜血長>, Myolie Wu (胡杏兒) played Wayne’s onscreen partner instead of Sheren.

However, it was rumored that 2017’s My Unfair Lady <不懂撒嬌的女人> was tailormade for Sheren, but she declined the offer, so Jessica Hsuan (宣萱) took on the role instead. Last year, Sheren even participated in ViuTV’s drama Till Death Do Us Part <婚內情>, suggesting that her relationship with TVB has not improved. But they have finally broken the ice between them seven years after the fallout.

Rosy Business 4 Will Be a Big Production 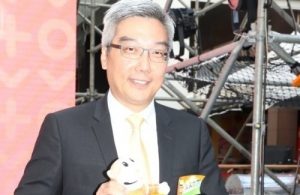 Sheren reportedly agreed to star in Rosy Business 4 <巾幗梟雄4> after TVB executive Felix To (杜之克) personally invited her to participate. The drama will be a large-scale production and feature a brand new story set in the early days of the Republic of China. TVB will co-produce the series with a Mainland company, and filming will also place in mainland China for the beautiful scenery, but it ultimately depends on the COVID-19 situation. As of now, shooting is scheduled to take place from next March to next May.

As for the rest of the cast, the initial candidates are Rebecca Zhu (朱晨麗), Gabriel Harrison (海俊傑), and Pinky Cheung (張文慈), but none of them have received any notice for the time being, and everything will be finalized after a meeting. Rebbecca said with a smile, “Although I have not received an official notification, many people have passed me the news. After hearing it, I am really excited and happy!”

Meanwhile, Rosy Business 4 producer Dave Fong (方駿釗) admitted that he planned to seek Sheren to return to the nest, but everything is still in the preliminary stages, and nothing has been confirmed yet.