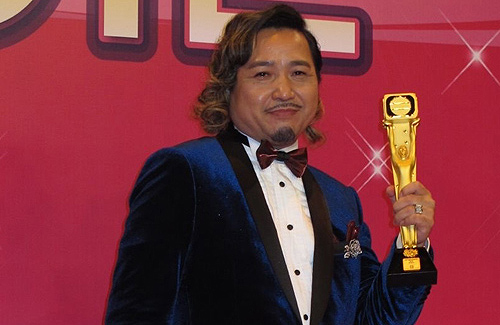 It is a running joke that many only know Koo Ming Wah’s (古明華) name as his popular onscreen alter-ego – the feminine and flamboyant “So Gei” from Divas in Distress <巴不得媽媽>. It is also this role that shot Koo Ming Wah to fame, leading to TVB’s Best Supporting Actor award in addition to more money making opportunities including promotional appearances and product endorsements. For this actor, who has been acting for over 18 years, this journey is certainly one that he could never have imagined.

“Looking back upon 2012, I would use the phrase [Unimaginable] to describe it. Even if the world ended tomorrow, I have no regrets,” Koo said.

Koo Ming Wah certainly has not slowed down ever since Divas in Distress aired earlier this year. Whether it is conducting interviews, filming a commercial or making special appearances, Koo has never experienced such a hectic schedule. “I’m 48 years old – I’ve never done more interviews in my life! When I went to Malaysia for a special appearance, I even received flowers from fans, like a true celebrity. All of this fame in an instant was a bit overwhelming for me. It feels like I’m a grown man in a baby’s body; everyday is a new challenge because I don’t know what to expect.”

Following graduation from The Hong Kong Academy of Performing Arts, Koo Ming Wah’s acting career consisted mainly of playing the supportive villainous roles such as a drug addict or a convict, roles that were never memorable, nor very well-liked or consistent. His daughter even asked if he can stop accepting those types of roles because her friends were teasing her at school.

Two years ago, Koo approached TVB and asked if he can transition to doing voice-overs and stay behind the scenes. “I felt a bit disappointed but that’s how life works! Just when I thought transitioning to being behind the scenes was going to bring my family some stability, ‘So Gei’ changed everything in a flash. I’m extremely grateful for everything so far and adopted a ‘work as much as I can’ mentality. I just want to be able to provide a comfortable, healthy and happy environment for my family.”

As for Koo Ming Wah’s next steps, fans will be able to see him in the Tiger Cubs <飛虎> sequel, again as a villain. “I hope that next year I can leave behind the ‘So Gei’ style”, he said.