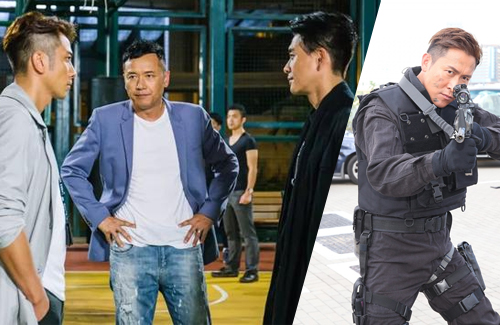 The web series is definitely on the year’s hot popularity list. The drama reached over 500 million views on the Chinese streaming platform Youku after only one week of broadcast, and it is also performing well on Hong Kong TVB’s own streaming service mySUPER TV.

Flying Tiger centers on Michael Miu’s character Victor Nip, the superintendent of police, who was given the task to collaborate with SDU leader Lui Cheuk-fung (Eddie Cheung) and OCTB inspector Marcus Ko (Ron Ng) to crack a case involving OCTB senior inspector Ko Yat-tai (Hugo Ng), who is being hunted down by various triad leaders.

The show has everything for it to be a success, but viewers are finding one thing missing—no Joe Ma.

Joe Ma is the star of TVB’s only television series about SDU—Tiger Cubs <飛虎>, which spawned two series. The similar names between Flying Tiger and Tiger Cubs actually caused some confusion among viewers, as many assumed Flying Tiger was a spinoff of the TVB drama.

It then came to an even bigger surprise that Joe was nowhere to be seen in the Shaw Brothers TV show. The 49-year-old gave such a memorable performance as the SDU captain in Tiger Cubs that many netizens and avid TVB watchers find it strange to watch a cop drama without Joe’s presence. Joe himself was actually employed as a VIP Protection Unit officer before he became an actor, and his experience as a police officer only adds more to his formidable presence.

What do you guys think of Flying Tiger so far? Do you miss seeing Joe Ma as a cop?