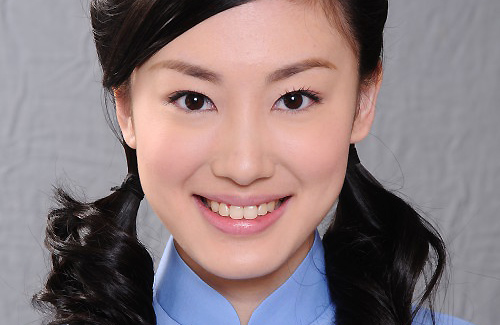 Popular romantic comedy film director, Patrick Kong (葉念琛), is finally back on his filming agenda again. The Natural Born Lovers <天生愛情狂> director first revealed the new project in early January 2013 through his Weibo. Patrick refused to disclose any further details about the secretive production, only revealing that the male and female leads are newcomers.

The new romantic comedy film, titled Movie’s First Was Not Yours <電影第一次不是你>, had several round of private casting calls last year. Patrick chose to keep the casting news under tight wraps, expressing that he did not want the publicity to affect the performances of the leading characters, all portrayed by rookie actors. Patrick also ordered the remaining cast and crew to swear their secrecy on the project.

Aside from her starring role as Tracy in Come Home Love, Angel is best known for portraying the younger Charmaine Sheh (佘詩曼) in the critically acclaimed television drama When Heaven Burns <天與地>.

Asked if she is currently working on Patrick’s new film in a phone interview, Angel expressed that it is currently inconvenient to comment.

As for the male lead, rumors indicate that it is 27-year-old newcomer Edward Ma (馬志威), who joined the entertainment industry last year after signing with a modeling agency. Edward, a “love child” of Shawn Yue (余文樂) and Kelvin Kwan (關楚耀), has starred in numerous commercials and music videos in the past five months.