Kris Wu’s Once Rumored Girlfriend Competes in “Youth with You” 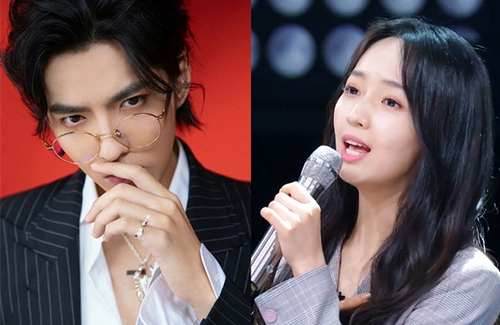 Kris Wu’s (吴亦凡) former rumored girlfriend Luna Qin (秦牛正威) is now a trainee competing for the second season of Youth with You <青春有你>.

The show, which is also the third season to China’s Idol Producer reality series, premiered on March 12, 2020. 109 female trainees from different entertainment companies compete for a spot in a nine-member girl group. The show is co-presented by Cai Xukun (蔡徐坤), who was a member of Nine Percent, the boy band created in the show’s first season. The second season produced the boy group UNINE.

In a recent episode of the girl group competition, Luna of Class D performed “Lost in Traveling” <旅行中忘记> by Tia Ray (袁娅维) with Class C trainee Yang Yutong (杨宇彤). Halfway into performing the song, Luna did a emotional elocution performance, which became a trending topic on Sina Weibo.

Netizens were divided over Luna’s performance. While some netizens praised her performance style, there are those who found the performance to be “strange” and “KTV quality.”

21-year-old Luna is a Beijing Film Academy student, and was briefly rumored to be Kris Wu’s girlfriend six months ago, when she was allegedly spotted holding Kris’ hand in a parking garage and entering his home. Both parties have denied dating.

Six months later, the 21-year-old debuted in Youth with You, leading to speculation that her rumors with Kris were intentionally spread to promote her appearance on the program.