Kristal Tin Gives Chapman To 100 Points as a Husband 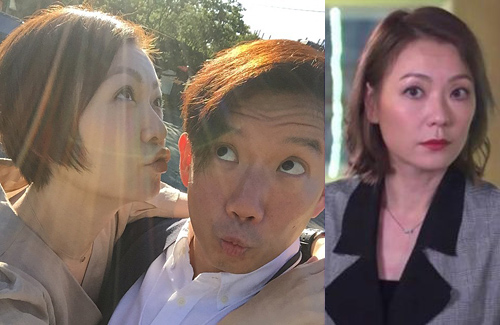 TVB’s latest reality TV dating show, Pretty Forty <女人四十>, recently aired its first episode on November 22. Hosted by Kristal Tin (田蕊妮), the show invites single women in their 40s to share about their dating experiences and impart their perspectives on dating and marriage. Kristal offers her own experiences and current marriage life with her partner of 13 years, Chapman To (杜汶澤).

During the show, Kristal joined the single women in speed dating, and met several men. But none of them appealed to her as much as her husband. Married since 2005, the pair are still very sweet and romantic with each other.

Kristal constantly praises how Chapman treats her very well and said how much he means to her. Due to her onscreen characters, Kristal comes across as a strong career woman. But she said, “At work, I am a career woman. Once I return home, I need to be taken care of and would turn into a small and soft woman.”

As for Chapman, he is often judged for being a bad-tempered celebrity. However, Kristal said that he has never given her a resentful look. “A lot of people think he is a troublemaker, but he is actually a very patient person. I am always impressed with his patience. No matter how tired he is, he would still have the patience and sincerity to listen to what I have to say.”

In 2012, Chapman revealed he was diagnosed with a rare disease called Miller Fisher Syndrome. This disease may possibly cause permanent paralysis, or even lead to death. But Kristal never lost hope and stayed by his side during those difficult times.