Kristal Tin Would Be “Ordinary” Without Chapman To 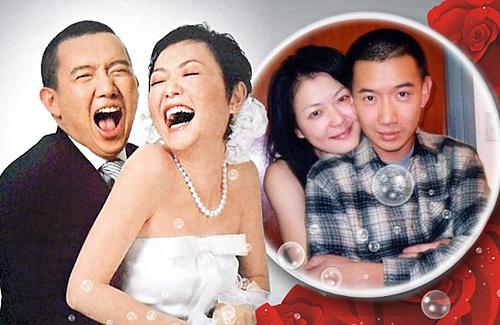 Kristal Tin (田蕊妮) appeared on the TVB entertainment news program, StarTalk, to promote her upcoming album, which is set to come out by the end of the year, four years after the release of her first album, You Are My Man. The HiFi disc will include three new songs and her covers of other singer’s songs.

Kristal told StarTalk host Edmond Hui (許文軒) that she had no intentions of releasing another album after completing that dream with You Are My Man. However, the idea came to her when she was taking a break from acting.

“I think 40 years old is a woman’s second gateway,” Kristal shared. “I acted for so long; I was starting to feel a little bored. I knew I had to stop accepting dramas because I would be doing it just for the sake of it. I did a lot of thinking while resting. I decided to release another album this year because I wanted to share my life and experience through music.”

She disclosed her new single “The Two of Us” <兩口子>, which was released late last month, is about her marriage with Chapman To (杜汶澤). When mentioning her relationship with her husband, she said, “I can use the word ‘marvelous’ to describe our marriage. He made me love acting and changed a lot of my thoughts. If he didn’t appear in my life, I think I would be very ordinary.”

Kristal’s other new song will be about the sacrifices of her mother, who passed away two years ago. When Kristal first took a look at the lyrics, she burst out in tears and couldn’t finish recording the song. “Actually, it’s a happy song. It’s just I cried until my voice cracked,” she said.

For her album, she also attempted to cover “She Doesn’t Love Me Enough” <原來她不夠愛我> sung by James Ng (吳業坤). She chose his song because of their relationship, and she considers him as her senior in the music industry. “After the recording, everyone laughed because my voice sounded very dumb, which made the song sound very dumb, so, in the end, I didn’t keep it,” Kristal shared.

4 comments to Kristal Tin Would Be “Ordinary” Without Chapman To