TVB’s re-broadcast of The Feud of Two Brothers <流氓大亨> shows why it is such a classic drama. Aside from the stellar acting, the drama showcases human behavior that has not changed in 30 years. Although the series was originally aired in 1986, viewers still identify with the situations depicted. For example, how Lawrence Ng‘s (吳啟華) character pressures Kathy Chow (周海媚) to have sex are common tactics still used by men today.

Promising a day of romance, Lawrence whisked Kathy away to the Islands district to see the sea and sunset. When Kathy asked Lawrence why he liked her, he replied, “Because you are you.” Although the answer said nothing, and indicated he may only be interested in her looks, Kathy nevertheless felt flattered.

2. Create a Situation of Isolation

When Kathy was concerned that they will miss the last ferry to go home, Lawrence assured that he knew a shortcut path to the ferry station. Of course, things went according to his plan when the couple missed the ferry and had to check into a hotel instead.

Inside the hotel room, the first thing Lawrence did was pop a wine bottle. With less inhibitions, Lawrence and Kathy soon end up kissing in bed.

When Lawrence’s actions became increasingly intimate, Kathy said, “We can’t do this!” Lawrence replied, “Why not? You like me and I like you. It’s not because we can’t do it; you just don’t like me.”

Countering Kathy’s protest that they should not be intimate before marriage, Lawrence said, “Marriage is just a formal gesture. I just want to know if you like me or not.”

Lawrence continued in making Kathy feel guilty for saying no, “Let’s just end our relationship. You’re right; we’re not suitable for each other. Do you know why? It’s not because my family is wealthier than yours or whether I’m more educated. It’s not because of my status as a heir and your job as a secretary.

“The problem is just a matter of love. Our thinking is not compatible. I feel that if two people love each other, taking this step will only make our relationship stronger and show sincerity towards each other. But you only think I’m violating and taking advantage of you. If our thinking is so different, how can we even consider spending [the rest of our life] together? I want to be intimate with you because I want you to be my wife. Since our thinking is so far apart, we won’t even be happy together. Let’s just break up now.”

After Lawrence’s speech hit all the emotional guilt within Kathy, she agreed to going to bed together. Similar to many men who pressure their girlfriends to become intimate for the first time, Lawrence asked Kathy to prove her love through sex. If she did not agree, then he would rather break up. 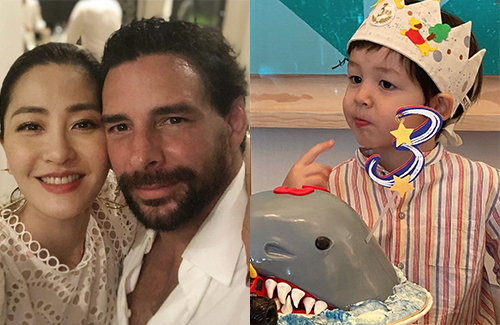