Loved for her idol dramas, Yang Zi (杨紫) has also won over variety show viewers. Aside from generating hype for variety programs due to her popularity, she also enlivens shows with her witty jibes with co-stars and unpretentious personality. In Back to the Field <向往的生活>, Yang Zi has great chemistry with Lay Zhang (張藝興) and the pair even banter about their rumored romance which has been trending on social media.

Dating rumors emerged between Lay and Yang Zi at the start of the year, but were quickly denied by the management studios of both artistes.

When the 28-year-old actress arrived on the set, Lay addressed Yang Zi by saying, “Hello, rumored girlfriend.” Yang Zi was surprised by the greeting, and nervously responded, “What? Are you trying to make me go back home?”

At night time, Lay went over to Yang Zi’s bedroom on the show to return a nail-clipper, she blurted out, “Your pajamas and mine are the same style.” Lay hilariously said, “That can’t be–we’ve too much affinity!” 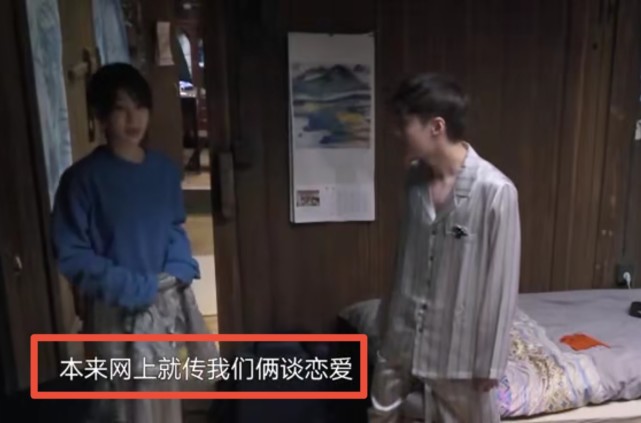 Stars on the set, including He Jiong (何炅), Huang Lei (黃磊) and Zhang Zifeng (張子楓) were amused by the pajama coincidence. Huang Lei spontaneously tried to match make Lay, “You’re already 30 right? It’s time for marriage. Yang Zi has no boyfriend either–your one-year age gap is pretty suitable, on top of the swirling rumors and matching pajamas.” Viewers laughed raucously and commented on the hilarity of the two, praising the stars for their candor.

Besides Lay teasing the rumors by calling Yang Zi his “rumored girlfriend,” the two  responded to the rumors while filming Back to the Field, proving their self-declared relationship as friends and nothing more.

Yang Zi’s guest appearance on Back to the Field was well-received. Her chirpy, forthcoming personality and lively interactions with guest stars made many viewers hope that she would become a regular on the show.

Yang Zi and Lay’s Interactions in “Back to the Field”