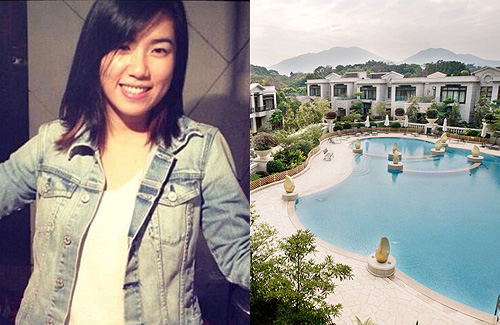 After splitting from his ex-wife Gaile Lok (樂基兒) in 2012, Leon Lai’s (黎明) love life has been lackluster. Earlier, it was reported that Leon is dating his assistant, Wing Chan (陳泳儀). The 32-year-old became an overnight sensation for allegedly winning the heart of the only Heavenly King who was still single. Not long after the rumors of their relationship surfaced, news spread that Wing is already six months pregnant.

Leon confirmed not only the relationship, but also of Wing’s pregnancy through his social media. He wrote, “It is fate for two people who have experienced divorce to have the opportunity to come together. The life of a little one will soon make us parents and bring me into a new phase in life. As a father, I must protect my family and do not want them to be publicly exposed. I believe that all parents will feel the same. As for our future, we will let time prove everything.”

True to his word, Wing has not been spotted publicly since. Leon is a successful investor in real estate. An insider revealed that Wing has moved into Leon’s property in The Royal Oaks, which is allegedly worth $50 million HKD. The location is less than a five-minute drive from Leon’s home, conveniently allowing for Leon to visit and take care of her.