The 53-year-old has been keeping to his daughter’s bedtime.

Recently, the Hong Kong press captured a close-up photo of Leon Lai’s (黎明) daughter, who reportedly looks exactly like him during his youth.

Turning his focus to family life in recently years, Leon and his female assistant Chan Wing Yee (陳泳儀) welcomed their daughter two years ago, and since then Leon actively reduced his work appearances to be with his daughter throughout her developmental milestones. While she had adorable fat cheeks as a newborn, the now 1-year-old is a pretty little girl with well-defined double eyelids, and greatly resembles Leon during his schooling days.

Joking that he has become a “sleep companion specialist,” Leon would wake up early every morning and go to bed at his daughter’s bedtime at 10:30 p.m. Like Aaron Kwok (郭富城), Leon’s lifestyle also saw a great transformation since his daughter was born as he now stays home a lot more often.

According to reports, Leon’s family of three lives at Sheung Yue River’s St. Andrews Place, a residence he had bought for $48 million Hong Kong dollars back in 2007. The 600-square-meter (approximately 6500-square-foot) estate is estimated to be worth about HKD$70 million now, and is more than spacious enough for his daughter to invite friends over for playtime. 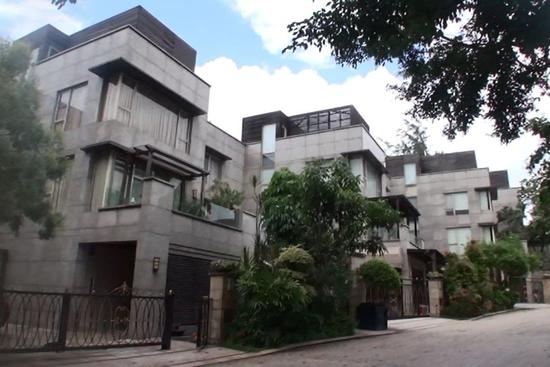