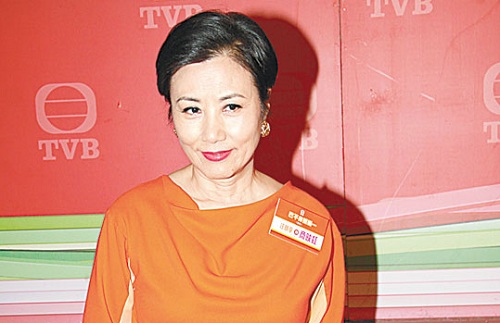 For older audiences, the main attraction of Mother to Mother will be the onscreen unification of Liza Wang and Gigi Wong. It has been 36 years since the actresses collaborated in 1976’s Legend of Book and Sword <書劍恩仇錄>. In the last three decades, Gigi had left TVB, shifted her career focus to Taiwan, immigrated to Canada, and finally returned to Hong Kong. During these years, Liza and Gigi did not remain in contact with each other, since they possessed different career paths.

Although Liza and Gigi were rivals in new drama, Mother to Mother, they did not possess any inability to get along with each other in real life.  Gigi stated, “In the past, we did not have any negative rumors and got along fine. The rumors were fabricated by other people.” Gigi stated that she was never envious of Liza’s greater popularity. After learning of the rare opportunity to collaborate with Liza, Gigi immediately agreed to filming Mother to Mother, even delaying negotiations with City Telecom (CTI), who had expressed interest in recruiting her.

Liza was asked whether she had been in touch with Shirley Yeung (楊思琦) since her return to Hong Kong. Liza admitted that she had left a message on Shirley’s Weibo blog earlier wishing her a safe pregnancy, but did not remain in close contact with her over the last few months.

Younger audiences will be attracted by the pairing of Him Law and Mandy Wong, who will portray an onscreen couple in Mother to Mother. Appearing in a plaid shirt and tomboyish outfit, Mandy will portray a renovation contractor in the drama. Him will play Liza’s son in the drama, in which he expressed his excitement in working with the experienced veteran.

Earlier, a netizen posted in an online forum that he possessed explicit photos of Candy Chang and had dated her previously. However, Candy denied that she had ever taken such photos, while negating rumors that she had dated Tiffany Lee’s (李蘢怡) younger brother. The former Miss Chinese International’s  popularity surged after the broadcast of The Hippocratic Crush <On Call 36小時>. Candy was rumored to be one of TVB executive, Virginia Lok’s (樂易玲) new favorite actresses to be promoted this year.

Jayne: Him Law and Mandy Wong rising to first-line actors in “Mother to Mother!” Collaborating with Liza Wang will boost their popularity higher. Mandy suits the role of a tomboy quite well.