The movie will be very intense and suspenseful, and revolves around Louis’ character as an ICAC investigator who purposely commits crime to enter prison, where he meets Raymond. 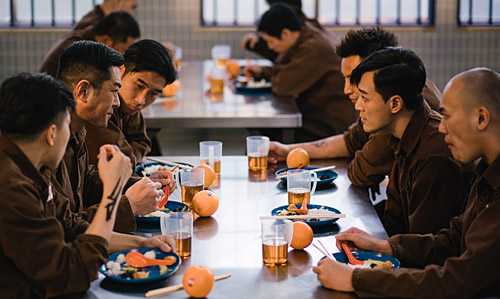 Louis is grateful to the Hong Kong Correctional Services staff for accommodating their filming. He said, “Not only for their preparation, but also having one of their professionals during our filming to provide advice. We really wanted to capture the realism of prisons, so the professionals would aid us in discipline and rules, the language used, what can and cannot be filmed, and also how to interact with criminals.”

Since signing with Louis’ management company last year, Raymond had the chance to diversify his film resume. In P Storm, Raymond plays a second-generation millionaire psychopath, a challenging role he thoroughly enjoyed. P Storm is the pair’s first official collaboration in 20 years, but they will undoubtedly be seen together in more projects in the future.

Raymond found this filming experience to be very eye opening. He said, “I have never seen a real jail before. I have only seen it through photos so I was definitely surprised. With such a realistic setting, I really thought I was a criminal.”

Aside from Raymond and Louis, Gordon Lam (林家棟) will be portraying another criminal in the film. He described his most memorable scene, “As criminals, we had to gather our soaps and towels. I remember the officer told us how to do it. I have never been a criminal so everything was new and interesting.” 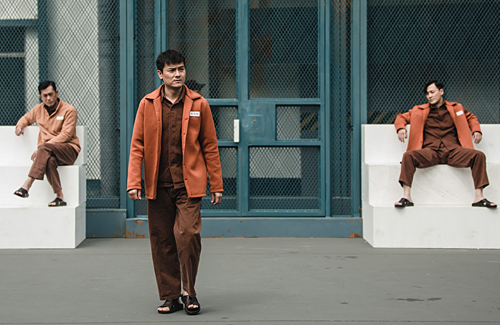 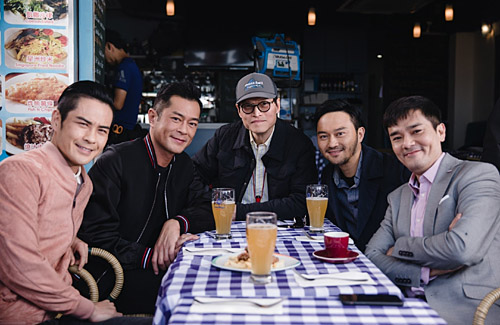