As one of Hong Kong’s most successful actors, Louis Koo (古天樂) is also one of the most charitable and low-profile philanthropists in the industry. After a large Sichuan earthquake in 2008, Louis established his own charity fund. In a span of ten years, his charity reportedly built more than 100 elementary schools, and funded the development of 18 medical clinics, one water conservancy project, and 750 fresh water wells.

Despite his charitable acts, Louis remained humble about his good doings and often conducts charitable work away from the prying media. In addition to donating money to build schools and improve the living standards for poorer areas, Louis is also careful to ensure that the buildings are up to safety standards. He would hire safety professionals to monitor the projects to make sure that the buildings are built safely.

With all his charity projects, it is estimated that Louis has already donated more than $30 million RMB to date.

Louis contributed to the construction of schools through a Hong Kong charity. The charity stipulated that the schools should be named after the individuals whose contributions financed the projects. Recently, in the town of Tianpeng in Yunnan Province, Louis Koo’s 105th school was built. It is estimated that the donation was more than $30 million RMB to build the school.

Netizens were impressed by Louis’ generosity and said, “Many Mainland Chinese artistes can’t even compare to one Louis Koo.” 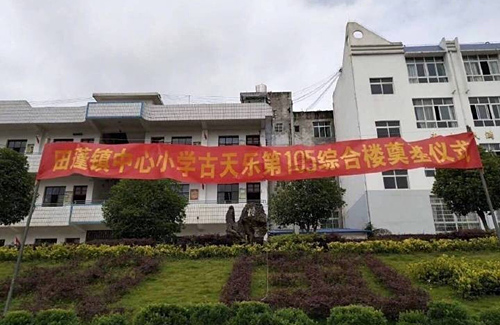 Since 2008, Louis has been committed to improving the quality of life in impoverished areas in China.