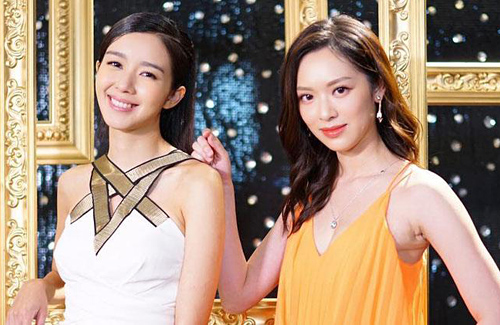 Having just returned from a family trip in Vietnam, Louisa Mak (麥明詩) had experienced a record-breaking heatwave and expressed she was forced to wear revealing clothes, which is not her normal preference. To show how hot it was in Vietnam, the 27-year-old had uploaded a photo of herself wearing a revealing crop top on Instagram. 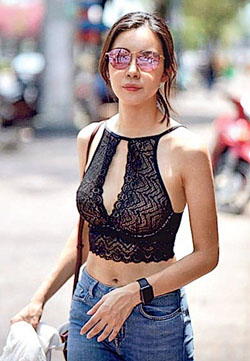 Asked if her family was comfortable with her sexy attire, Louisa answered that her family knows that she is a conservative person but understands that her job often requires her to try different styles. Besides, it was her mother who personally took the photo for her, so there were no problems.

Asked if she had attracted any pursuers recently, the 27-year-old actress said, “I hoped there was! But nothing happened. People may think I’m very casual and easy, but I’m actually quite picky, so I haven’t dated anyone for two years.” In terms of her dating criteria, she continued, “If I’m dating someone, I would bring him home to spend time with my family. This is to let them see if he’s a good person, because people are often blinded by love in relationships. It’s best for others who are clear-headed to observe the person’s personality.”

As she will be filming a travelling show in Netherlands with Crystal Fung (馮盈盈) in May, Louisa expressed that she is worried one of them would lose control. She said, “I only agreed to film the show if we are staying in separate rooms. I’m scared I’ll have to act blind when seeing her naked. She also makes me feel deaf with her loud voice, and it drives me crazy.”