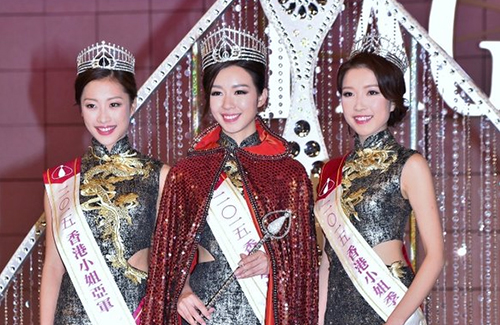 The race for this year’s Miss Hong Kong title has ended. Cambridge law student, #1 Louisa Mak (麥明詩), has won the crown with an overwhelming 925,173 points. The Straight-A student, known for scoring 10 As in the Hong Kong Certificate of Education Examinations (HKCEE), has said once said that her dream was to become the Hong Kong chief executive.

This year, TVB implemented a public voting system to select the Miss Hong Kong winners. A panel of nominating judges, including the celebrity committee, first screened out all the participants. The public were then asked to choose their favorite among the top four.