At the celebratory dinner for the 2017 TVB Anniversary Awards, which were held on January 21, Louisa shared with reporters that she has just completed the filming of TVB legal drama OMG, Your Honour <是咁的，法官閣下…> and is not filming a new drama at the meantime. The 26-year-old, a former law student, said her experience filming the show fueled her interest in studying more about law.

“I have been busy recently,” said Louisa. “I have some other stuff going on right now. I do want to continue studying law. I am thinking about maybe writing a script for a legal drama after doing some more research.”

Louisa has reached out to TVB executives about her interest in scriptwriting, but she is not sure if TVB would consider giving her the greenlight. “I’ve mentioned the idea, but there hasn’t been much talks yet,” she said. “I’ve been doing research by watching legal dramas from other countries, and I do want the drama to be able to deliver the story in a legal perspective. Besides the entertainment, I would also want it to be educational. Of course, if all of this does come through, I would need the consultation and approval of official lawyers in regards to the script.”

Louisa said she hasn’t thought about who to cast, as her script is still in its very early production stage. “Right now I’m just going through a lot of cases. (Will there be any sexual offense cases?) I’m considering them, because I would want the cases to be simple and straightforward. Topics that everyone can relate to.” Asking if she would like to play a role in the drama as well, she said, “That would be great, but I shouldn’t assume that because I want to write the script in a third person perspective.” 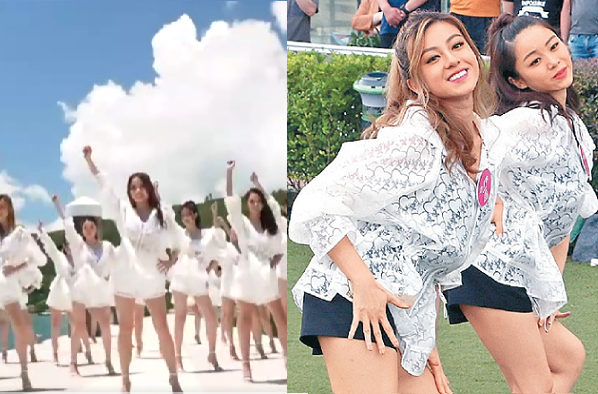