Korean drama Lovestruck in the City is nearing its finale as it takes a deep dive in development of the main characters played by Ji Chang Wook and Kim Ji Won. The drama gives a modern take on romance and different perspectives on relationships.

In Lovestruck in the City, Park Jae Won (played by Ji Chang Wook) is a passionate architect who fell in love at first sight with Lee Eun Oh (played by Kim Ji Won) while vacationing at Yangyang beach. When the couple’s relationship turned serious, they decided to temporarily separate after Park Jae Won was asked to return to Seoul for work. While the couple promised each other to meet up in the city, Lee Eun Oh did not keep her promise and called off the relationship over voicemail.

Two years later, Park Jae Won lost contact with Lee Eun Oh yet he is unable to forget her. While Park Jae Won tried many times to search for his lost love, Lee Eun Oh was revealed to be living in Seoul and is a friend of his cousin.

When the two met again, Park Jae Won discovered that Lee Eun Oh used a fake identity and lied to him when they first met. Shocked by the truth, Park Jae Won took off his promise ring and threw it into the river.

Unknown to Park Jae Won, Lee Eun Oh had her reason for living under a fake identity. In a flashback, Lee Eun Oh’s convoluted deception was revealed to be the result of her past relationship trauma, which left her wanting to escape from reality and taking up an alias.

The trailer for the upcoming episode shows Park Jae Won listening to his cousin’s explanation of why Lee Eun Oh left her life in Seoul. Gaining an understanding of Lee Eun Oh’s past, Park Chae Won appears to sympathize with Lee Eun Oh’s past. 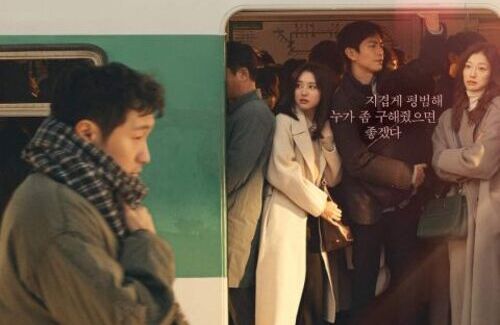