The K-pop turned Chinese idol singer Lu Han (鹿晗) has one of the biggest fandoms in China, yet even his fans are saying they might have to skip this one out. 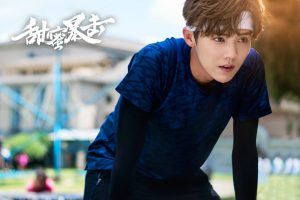 Despite the couple’s popularity, the anticipation for Sweet Combat is surprisingly low. Lu Han may be a music best-seller and a ratings guarantee, but his performance in his last TV drama Fighter of the Destiny <择天记> has been quite controversial, and his acting was heavily criticized.

When Lu Han’s and Guan Xiaotong’s characters were introduced through Sweet Combat’s recent trailer, many netizens disliked Lu Han’s “weak” character, who has to rely on his girlfriend to protect him. Netizens commented Guan Xiaotong takes on a man’s role in their relationship, sarcastically saying that even his girlfriend seems manlier than him. Netizens also agreed that Lu Han did not look very convincing in the role of a boxer. 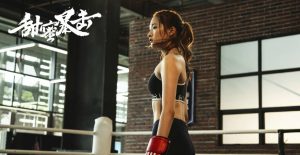 Sweet Combat is Lu Han and Guan Xiaotong’s first drama together since admitting their relationship last year. The hype is there, and Sweet Combat may turn out to be successful, as Lu Han’s large fandom was one of the reasons why his last drama, Fighter of the Destiny, scored high ratings. But with criticism already filling up discussion boards before Sweet Combat’s premiere, the future looks pretty bleak.

One netizen said, “I’ve been a fan of Lu Han for five years, but I will not watch this one even if you kill me.”

“The story seems so outdated, like it’s from ten years ago,” another netizen observed.