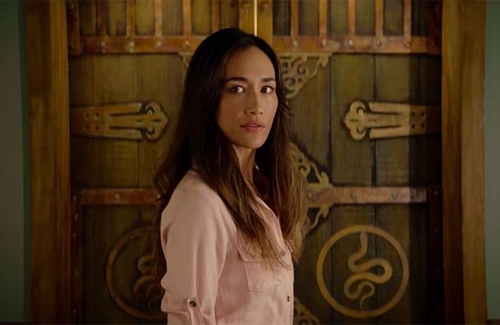 Dubbed the Pixar of Horror, Blumhouse Productions is back with a new horror film, Fantasy Island. Set to premiere in February 2020, the movie is another addition to Blumhouse’s extensive list of thrilling masterpieces, which includes Get Out and Us.

The movie follows five strangers at a luxurious remote island, ready to explore the allure of the mysterious fantasy island. Unbeknownst to them, their lives are about to change dramatically. Although the island keeper, Mr. Roarke, played by Michael Peña, said, “All your fantasies can come true on Fantasy Island,” these guests don’t know the cost of exploring their fantasies.

Truth or Dare actress Lucy Hale is cast as one of the island guests. Her character launches the guests into a horror adventure on the island once she reveals that her fantasy is “revenge on a childhood bully.”

Actress Maggie Q also has a meaty role in the film as one of the guests. Even though her character’s fantasy is to have a happy family, she becomes embroiled in a mysterious terrorist accident on the island. In the end, is the magic of Fantasy Island distorting the fantasies of its guests, or are the guests set up and involved in a mysterious plan?