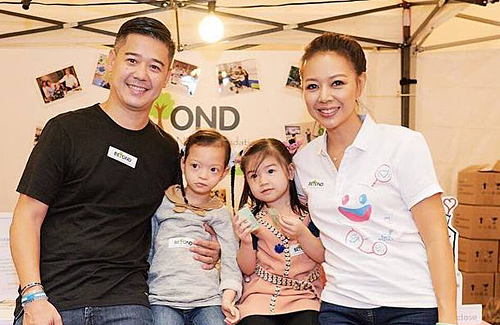 Former TVB actress Margaret Chung (鍾麗淇) devotes her time in taking care of her eldest daughter, Isabella. Diagnosed with a rare genetic disease that affects the development of her limbs, Isabella was predicted to not live to two years old. Fortunately, under Margaret’s care, Isabella has seen many improvements. After learning to walk at six years old, Isabella is finally enrolled in a special education school. 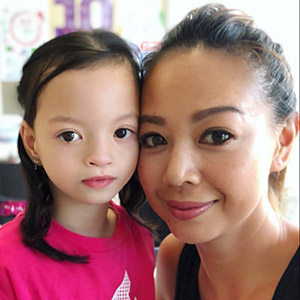 When Isabella was six months old, she was rushed to the hospital after suffering from a fever. Two months later, doctors confirmed that Isabella was diagnosed with Wolf-Hirschhorn syndrome. Patients with this rare condition have weak limbs, difficulties in walking and difficulties in taking care of themselves. Isabella even lacks the ability to say “mother”.

In spite of the challenges, Margaret did not give up and her dedication paid off.  Last year, Isabella was able to walk by herself with the help of a walker and Margaret was overjoyed with pride. Building on Isabella’s development, Margaret announced that after waiting for five years, Isabella is now enrolled in the sole Hong Kong special education school that teaches in English. Isabella has started her lessons and is happy with her school.

Margaret has been focusing on her work as a yoga instructor since her marriage to Nardone Ruggero in 2010. In addition to caring for her daughter, she devotes her time on charitable activities involving children with special conditions. As Margaret had not traveled on an airplane since Isabella was born, she is looking forward to travelling with her husband next year for their wedding anniversary. 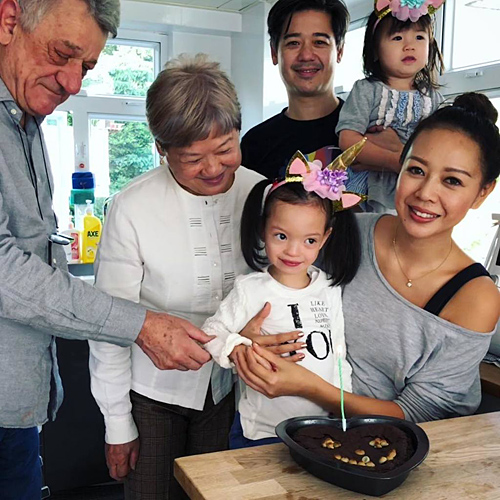