Mary Hon Reveals How Her Hallucinations Terrified Her 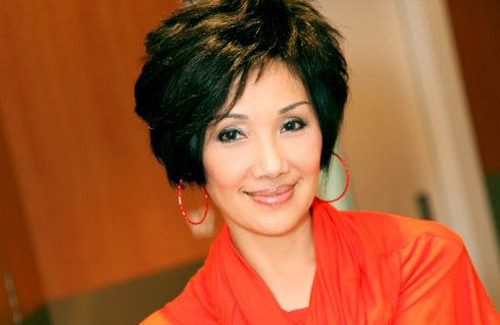 Since debuting in 1976, Mary Hon (韓馬利) has been a staple in many television dramas. Though Hong Kong viewers may be familiar with Mary on the small screen, many are less informed about Mary in her personal life.

The 64-year-old actress has been married three times. She married her first husband, Mr. Chan (陳波比) in 1975, when she was just 21 years old. The marriage was short-lived, and the couple divorced two years later. She soon began dating Patricia Fung’s (馮寶寶) brother. In 1981, the couple got married. Unfortunately, the couple experienced marital problems and divorced six years later. Because of the divorce, Mary became depressed and attempted suicide. In 1989, she married Hong Kong voice actor, To Yin Gor (杜燕歌). Despite two failed marriages and a basketful of heartaches, the third time proved to be the charm for Mary, as the couple has now been in a happy and stable relationship for 30 years.

In addition to having battled depression, Mary also had her bouts with anxiety. She shared that her symptoms included increased heart rate, difficulty breathing, excessive sweating, and hand tremors. Mary recalled, “One day, my hand started to tremble while I was eating dinner. It was shaking so much and my heart was beating really fast. Not only that, I had difficulty breathing and my whole body was sweating.”

At her worst, Mary recalled hallucinating and hearing voices. “I kept hearing a voice telling me that I was useless. The voice asked me what I was scared o.f I couldn’t answer. The feeling was as if I entered into a dark, black cave. At one point, I couldn’t even shower, because the shower had a drain. That feeling of terror would come back. I couldn’t help it!”

Fortunately, Mary was able to diagnose her condition early and sought the proper treatment. Hoping that her experiences will help guide others suffering from anxiety, Mary encouraged, “Those suffering from anxiety need support and for others to acknowledge their feelings. If a person decides to support a sufferer and be a listener, then they must be committed to sacrificing their own personal time to make time for it.”

1 comment to Mary Hon Reveals How Her Hallucinations Terrified Her